Markus Ahlers, assistant professor in the Theoretical Particle Physics and Cosmology research group at the Niels Bohr Institute, University of Copenhagen receives a Villum Young Investigator grant on 7.350.000 DDK for his neutrino research. “My project aims to identify the sources of the cosmic neutrinos detected by IceCube via innovative data analyses tailored to sources that also emit cosmic rays and gamma rays”, says Markus Ahlers. 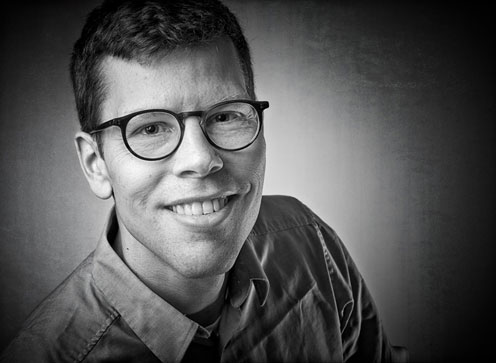 Markus Ahlers, assistant professor in the Theoretical Particle Physics and Cosmology research group at the Niels Bohr Institute, University of Copenhagen receives a Villum Young Investigator grant on 7.350.000 DDK for his neutrino research.

Markus hopes that his work will help to establish neutrinos as a crucial component of multi-messenger astronomy and thereby provide a new probe of fundamental physics. Multi-messenger astronomy is, in short, the extension of conventional astronomy by the observation of energetic nuclei ("cosmic rays"), neutrinos, or even gravitational waves. Each type of cosmic messenger adds a new piece of information to understand the processes taking place in cosmic sources. The Villum grant supports the employment of two postdocs and one Ph.D. student, expanding the already existing Astroparticle Physics Group at the Niels Bohr Institute.

Neutrino astronomy is a fairly new field of research. The idea to use neutrinos as cosmic messengers emerged shortly after their discovery more than 60 years ago. But only four years ago, the first observation of high-energy neutrinos was achieved by the IceCube observatory located at the South Pole. The Niels Bohr Institute is a member of the IceCube collaboration comprised of 49 member institutes in 12 countries. One of the reasons why neutrinos are so interesting as cosmic messengers is that they interact only weakly with matter and can travel through space without being absorbed or scattered. This can enable us to look far into the cosmos and deep into dense sources.

Presently, the cosmic neutrino events identified by IceCube are too few to pinpoint their sources directly. However, the production of neutrinos requires the presence of other high-energy particles that can also be visible as cosmic messengers. Roughly speaking it works this way: Cosmic rays - energetic nuclei that are accelerated in unknown sources - collide with other matter or radiation and produce neutrinos and energetic photons (so-called gamma rays). The relations between cosmic rays, gamma rays, and neutrinos that leave sources can be considered a “fingerprint”. These other energetic messengers can be identified in dedicated observatories. For instance, gamma rays can be observed by the Fermi telescope (a NASA satellite) and cosmic rays by the Pierre Auger observatory, a very large air shower observatory in Argentina. The combined analysis of this “multi-messenger” data can help to reveal a common origin.

The needle in the haystack

“Every year, IceCube finds about ten high energy cosmic neutrinos, that are buried in a background of ten billion events. It is already a huge challenge to find these events and we end up with a rather small sample. Hopefully, our approach to improve analysis methods with multi-messenger data will enhance IceCube’s ability to identify the neutrino sources”, Markus says. He also stresses that while this is the focus of his Villum grant there is ultimately a wider goal: “Identifying the neutrino sources is the first step we have to take, before we can use these elementary particles as a probe of new physics. Fundamental research is what it is all about in the end”.