Astrid T. Rømer and Mathias Heltberg from the Niels Bohr Institute at the University of Copenhagen have now received the Kirstine Meyers Memorial Grant from the society for the dissemination of Natural Science. These young, promising researchers are receiving this honorary grant for their outstanding research that brings exciting new contributions in their respective fields. This years’ award is part of the national celebrations of the 200th anniversary of H.C. Ørsted’s discovery of electromagnetism and is supported by the Carlsberg Bequest.

As recipients of the Kirstine Meyers Memorial Grant, Astrid T. Rømer and Mathias Heltberg are joining a select group of scientists who are making an extraordinary contribution to the field of natural sciences. The grant commemorates Kirstine Meyer, who was Denmark’s first female dr.phil. and was deeply involved in the teaching of physics and chemistry in Danish high schools. During her career, she contributed to preserving H.C. Ørsteds legacy by publishing his collected works. Astrid T. Rømer is building on the theoretical foundations for this quest by exploring when and how materials become superconducting - a process that is not yet fully understood. What is particularly puzzling is the fact that electrons that would normally repel each other, appear to pair up when they become superconducting. “My research is about finding out what it is that can make them bind together,” Astrid Rømer says. She does this by exploring the mechanisms that are at play inside superconducting materials, for example the vibrations of magnetic structures inside a material. In her work, she connects theoretical and experimental research and closely collaborates with neutron scattering experimentalists at the Niels Bohr Institute and beyond. Additionally, she finds it very important to focus on the educational aspect of physics and involves herself with outreach and education activities. 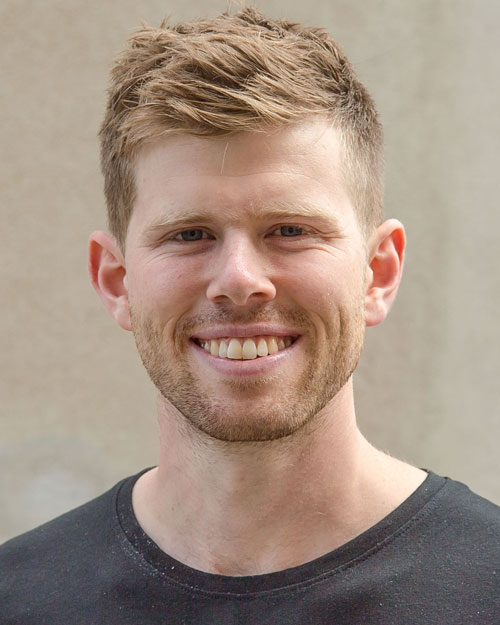 Like Astrid Rømer, Mathias Heltberg has taken part in numerous international collaborations. At Harvard Medical School, Mathias Heltberg was closely involved in mapping the functioning of the protein p53, the body’s most important tumor suppression mechanism. More recently, he stayed at the Ecole Normale Supérieure in Paris, where he used statistical physics to explore the molecular processes that the body sets into motion when DNA is damaged. Now that he is back at the Niels Bohr Institute, Mathias Heltberg is looking forward to merge these two research topics to better understand the repair and regulation dynamics in DNA damage response. For this research at the crossroad between physics and biology, he recently received a Reintegration Fellowship grant from the Carlsberg Foundation. Additionally, he is part of the COVID-19 expert group at the State’s Serum Institute, where he helps developing models to advise the Danish government on their response strategy.

Mathias Heltberg works closely with professor Mogens Høgh Jensen at the Niels Bohr Institute and is particularly interested in cell signaling, which is the way cells respond to signals from their surroundings - for example when confronted with damaged DNA. “In general, cells have their own way to cope with damage; the body’s repair mechanism is in place,” he explains. “But if we could understand the Achilles heel of this system, we could perhaps make the system more robust or observe potential errors faster,” Mathias Heltberg adds. Receiving the Kirstine Meyers Memorial Scholarship in the anniversary year of H.C. Ørsted is an honor, he feels. “H.C. Ørsted kept pursuing what he believed in – that there was a connection between electricity and magnetism. That persistence is very inspirational.”

In relation to receiving the Kirstine Meyers Memorial Grant, Astrid T. Rømer and Mathias Heltberg will be giving a lecture on their research in the spring of 2021. More information on this event and the grant can be found on the website of the society for the dissemination of Natural Science.