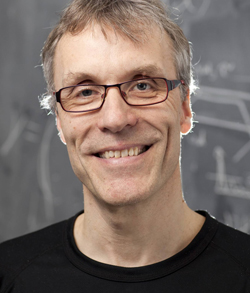 Abstract: From the early days of quantum mechanics, leading physicists were concerned about the role played by probabilities and the unphysical nature of the quantum jumps and the collapse of the state of quantum systems subject to measurement. Erwin Schrödinger tried to dismiss these problems by declaring that quantum theory applies exclusively to large ensembles of particles, governed by mean values and absent of randomness.  As late as 1952, Schrödinger thus claimed the very idea of experiments with single quantum particles to be “as absurd as the one of raising Ichtyosauria in the Zoo”.

A variety of single quantum systems are now routinely subject to experimental investigation in the laboratory. In the talk, I shall review methods used to control and describe the behavior of  these Ichtyosauria in the quantum laboratory. I shall also demonstrate the robustness of the Copenhagen interpretation of quantum mechanics while discussing recent extensions to our understanding of what is a quantum state. Finally, I shall show examples of how the random jump behavior of quantum systems may truly benefit their applications in crucial technologies such as quantum information processing and quantum metrology.

As usual, coffee, tea and cookies will be served in front of the auditorium at 14:55.

Klaus Mølmer obtained his PhD on laser cooling theory in 1990 and has since 2000 been professor at the University of Aarhus in Denmark. His theoretical research is focused on atomic physics, quantum optics, and quantum information. He is one of the inventors of the stochastic wavefunction formalism, describing open, dissipative quantum systems and quantum systems subject to continuous measurements, and he has developed protocols for quantum information processing with atomic and hybrid quantum system.