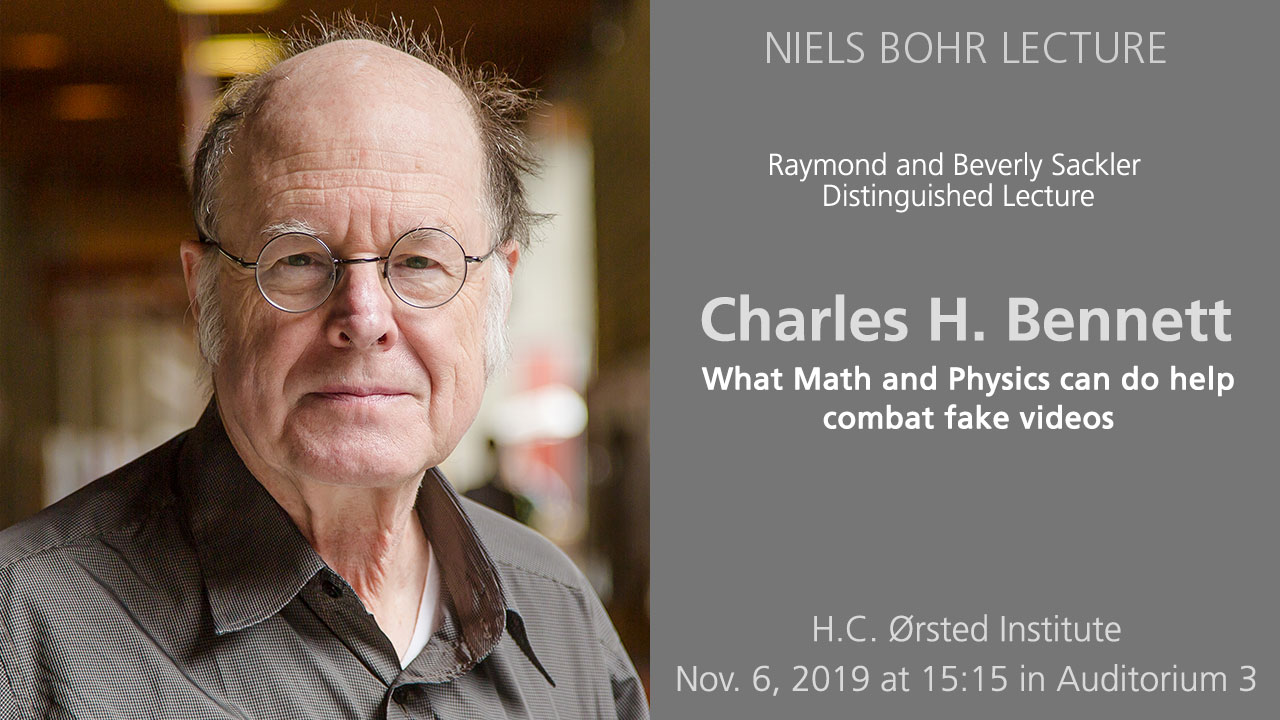 What Math and Physics can do help combat fake videos

Abstract: The Progress in artificial intelligence has made it easy to produce “Deep Fake” videos that are so realistic that even experts have trouble identifying them, which then go on to spread virally, due to people’s susceptibility to content that entertains them and appeals to their prejudices or fears, especially when forwarded by friends with whom they correspond regularly.

It would seem that the hard sciences can do little to mitigate this problem, which has so much to do with psychology and human nature. But math and physics can be a significant part of the solution, by enabling anyone to validate where and when the video was made, and that it has not been subsequently altered. Unfortunately, these validation techniques are not widely known, and therefore not widely used.

I will show how anyone with a smartphone can generate extremely hard-to-fake videos whose authenticity can be verified without needing to trust either the maker of the video or any centralized authority.

Charles Henry Bennett is a physicist, information theorist and IBM Fellow at IBM Research. Bennett's recent work at IBM has concentrated on a re-examination of the physical basis of information, applying quantum physics to the problems surrounding information exchange. He has played a major role in elucidating the interconnections between physics and information, particularly in the realm of quantum computation, but also in cellular automata and reversible computing. Among a number of things, Bennet has discovered and developed quantum cryptography, quantum teleportation, entanglement distillation, and is considered one of the founding fathers of modern quantum information theory. This was acknowledged by the 2018 Wolff prize in physics, which he shared with Gilles Brassard for their collaborative work in the “rapidly expanding field of quantum information science.