The new exploration of the Universe through gravitational-wave observations 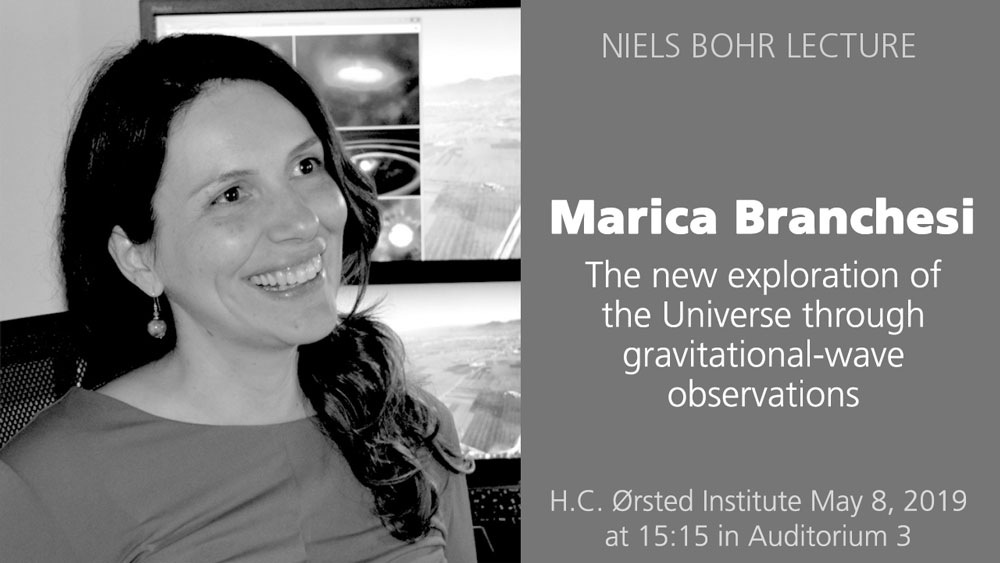 Abstract: Gravitational-wave experiments, in development for decades, have recently become mature observatories able to detect transient gravitational-wave signals from the cosmos. In rapid succession, they have produced a series of groundbreaking discoveries, starting on 14 September 2015 with the first detection of gravitational waves from the coalescence of a binary system of stellar-mass black holes by the Advanced Laser Interferometer Gravitational-wave Observatory (LIGO).

Another epochal discovery happened on 17 August 2017, with the first observations of gravitational waves from the inspiral and merger of a binary neutron-star system by the Advanced LIGO and Virgo network, followed 1.7 seconds later by a weak short gamma-ray burst detected by the Fermi and INTEGRAL satellites. The most extensive observing campaign in human history led to the detection of multi-wavelength, electromagnetic signals associated with this event. This started a new era of “multi-messenger” exploration of the most energetic transients in the sky.

The talk will give an overview of the recent gravitational-wave and multi-messenger observations, and their astrophysical implications with remarkable achievements in different astrophysical fields, from relativistic astrophysics to nucleosynthesis, nuclear physics and cosmology, and the prospects for the upcoming years.

Marica Branchesi is assistant professor at the Gran Sasso Science Institute. She is a member of the Virgo Collaboration, where she coordinated the LIGO and Virgo collaboration (LVC) electromagnetic follow-up program, and the liaison of the LVC EM team, which developed software and infrastructure to send GW alerts in low-latency (2014-2018). She is president of the commission of Gravitational Wave Astrophysics of the International Astronomical Union and member of the Gravitational Wave International Committee. She is member of the Scientific Board of the GRAWITA - GRAvitational Wave Inaf TeAm, which carries out the Istituto Nazionale di Astrofisica (INAF) follow-up observational campaigns of gravitational-wave triggers using multi-wavelength facilities.  Member of the Governing Council of ENGRAVE (EM counterparts of gravitational waves at the Very Large Telescope). She was (as Virgo astrophysicist) in the panel that announced the first gravitational-wave signal from the coalescence of two neutron stars (at the NSF international press-release). She was listed in “Nature’s 10” of the year 2017 and named in Time magazine's list of the 100 most influential people of 2018. Her scientific interest lies in the (astro)physics governing emission, formation and evolution of black holes and neutron stars. Her research activity is aimed at developing and exploiting multi-messenger astronomy, which uses electromagnetic and gravitational-wave observations to probe the physics of the most energetic transient phenomena in the Universe.