Grants from FNU to Astrophysics and Biophysics

Two researchers at the Niels Bohr Institute, Marianne Vestergaard at the Dark Cosmology Centre and Lene Oddershede in Optical Tweezers have both received grants of approx. 6-6½ million kroner from FNU, the Danish Council for Independent Research | Natural Sciences under the Ministry of Higher Education and Science. 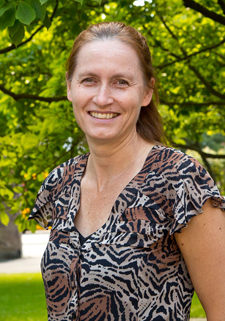 Marianne Vestergaard, associate professor at the Dark Cosmology Centre at the Niels Bohr Institute has received a grant of 6½ million kroner from the Danish Council for Independent Research | Natural Sciences, FNU

Marianne Vestergaard, associate professor at the Dark Cosmology Centre at the Niels Bohr Institute has received a grant of 6½ million kroner from the Danish Council for Independent Research | Natural Sciences, FNU for the project: Improving supermassive black holes as cosmic probes.

The project aims to improve the methods used to determine the mass of supermassive black holes. As galaxies formed in the early universe, black holes were formed in their centres, growing larger by engulfing the surrounding gas that was pulled in by the black hole’s immense gravitational field. The heaviest weigh between 1 million and 10 billion solar masses. When the gas falls into a black hole, energetic radiation, including X-rays and ultraviolet light, is emitted, typically with dramatic consequences for its surroundings.

“In order to understand the important role that black holes play in the cosmic evolution of galaxies and thus our own Milky Way, we must know the mass of the black hole with far greater accuracy than is the case today. By analyzing the emission and applying newly developed modeling techniques that will lead to more accurate ‘weighing’ of the black holes in distant galaxies, we expect to gain new insights into how galaxies are formed and evolve,” explains Marianne Vestergaard.

She explains that there are two parts to the research: First, they will test a new model for quasars using data from the Danish-built X-shooter instrument on the Very Large Telescope in Chile. The model has specific predictions for the geometry and velocity field of the gas that is used to measure the gravitational field created by the black hole. This work will be done in collaboration with the researcher in England who developed the model. Secondly, they will further develop a new approach to model the dynamic of the gas based on high quality data from the X-shooter instrument on the VLT along with data from the Swift telescope. The study includes quasars from different epochs in the history of the universe.

“We can thus map the typical dynamics of the gas, which emits the characteristic emission lines and compare this with the velocities we conclude based on spectral measurements in order to improve our method for mass determinations of black holes in quasars,” explains Marianne Vestergaard.

The grant is for four years and will cover the hiring of 2 PhD students and the extension of postdoc. Kevin Koay to work on a sub-project concerning measurements of radio data. In addition, the funds cover expenses for IT and computers as well as visits by international collaboration collaborators. 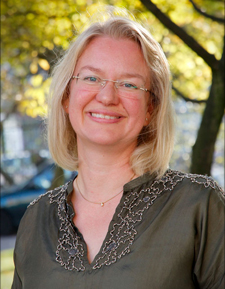 Lene Oddershede, associate professor in Biophysics and head of the Optical Tweezers research group has received a grant of just over 6 million kroner from the Danish Council for Independent Research | Natural Sciences, FNU

Lene Oddershede, associate professor in Biophysics and head of the Optical Tweezers research group has received a grant of just over 6 million kroner from the Danish Council for Independent Research | Natural Sciences, FNU for the project: 'Force mapping during cancer cell division and invasion. The project is a collaboration between Lene Oddershede at the Niels Bohr Institute and Janine Erler at the Biotech Research and Innovation Centre, BRIC, University of Copenhagen.

Cells in living tissue constantly interact with their environment. These interactions are important for cell proliferation, survival and migration in the organism. For cancer cells, these interactions with the environment are particularly important because cancer cells devide in an uncontrolled manner and invade the surrounding tissue. They can cross difficult barriers, like walls of arteries and once the cancer cells are in the bloodstream, the cancer can spread easily to other areas. A tumour is typically discovered as tissue that is harder than the surrounding tissue and one of the characteristics of a cancer cell is precisely its ability to physically invade the surrounding area, an ability that might arise from cancer cell’s mechanical properties.

“In this project, which is a collaboration between physicists and cancer cell biologists, we will use advanced force measuring and microscopy techniques to study the fundamental interactions between cancer cells and their surroundings. In particular, we will examine the dynamics of cancer cells and quantify the forces exerted by the cancer cell on its environment. We will study how a cell becomes strong enough to invade healthy tissue and cross barriers and we will test the hypothesis that mechanical interactions with the environment are important for the aggressiveness of cancer cells,” explains Lene Oddershede.

She points out that the aim of the project is to gain greater knowledge about the control mechanisms of cancer cells. In the long term, these results might pave the way for new forms of therapies, where metastatical cells, which are responsible for over 90 percent of cancer deaths, could be controlled by mechanical means.

The project will run over 3½ years and the grant will be used to hire a number of PhD students and postdocs.