The Danish Network for Women in Physics, KIF has awarded the 2015 prize to Professor Jens Hjorth, the director of the Dark Cosmology Centre, Niels Bohr Institute at the University of Copenhagen. Jens Hjorth has been awarded the prize in the category ‘A woman or a man who has done something special to make women in physics more visible, or to promote women in physics for instance by mentorship or political action’. 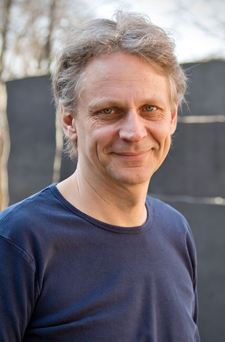 The Danish Network for Women in Physics, KIF has awarded the 2015 prize to Professor Jens Hjorth, the director of the Dark Cosmology Centre, Niels Bohr Institute

The KIF Prize is awarded to Jens Hjorth for two areas of action.

The first area is Jens Hjorth’s concrete work with gender equality as the director of the Dark Cosmology Centre.  Jens Hjorth has shown, through a conscious focus on gender in the recruitment process, that it is possible to create a research group where 40 percent of the scientific research staff are women and not have it impact the quality of research compared to groups dominated by men.

The second area is Jens Hjorth’s contribution to the public debate on gender equality in physics and the research environment in general. Jens Hjorth has co-authored two letters in Nature that have illustrated that there is not yet equality in research. He has also actively participated in the Danish debate, including an interview in the newspaper Information.

Jens Hjorth is an example of a research leader who did not believe there were any problems with equality in physics at the outset, but when he was presented with the facts was willing to change his position and also took practical steps to make a difference. The KIF Evaluation Committee therefore believes that Jens Hjorth is an important role model for other research leaders and we hope that this award will encourage him to continue his efforts.