Researchers at the Niels Bohr Institute have received grants totalling more than 13.5 million kroner from the Danish Council for Independent Research | Natural Sciences, FNU under the Ministry of Higher Education and Science. 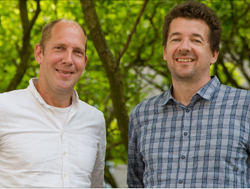 Niels Obers, professor and Troels Harmark, associate professor in the research group Theoretical Particle Physics and Cosmology at the Niels Bohr Institute has received 6,252,027 kroner for the project: Towards a Deeper Understanding of Black Holes with Non-Relativistic Holography.

Black holes are some of the most mysterious objects in the universe. At the centre of large galaxies like the Milky Way are enormous black holes with a dense mass equivalent to millions of stars, while other black holes are somewhat smaller with a mass 3-60 times that of the Sun. Astrophysicists can observe that they are there. It is known that they form when a very large amount of matter is collected in such a small place that time and space ‘collapse’, but no one knows which basic elements they are comprised of.

“Black holes were predicted by Einstein’s general theory of relativity and afterwards came quantum theory, which describes the properties of matter at the atomic level. Using a new method, we will move in the area of conflict between the two theories. While we know from quantum theory that matter is composed of atoms, we do not yet understand what a black hole is composed of and how the macroscopic description of black holes through time, space and gravity can come from a microscopic quantum description. New research suggests that the microscopic description of time, space and gravity lies in the holographic duality between gravity and quantum field theories. A ‘holographic duality’ is having two ways to describe a phenomenon – just like, for example, light can be both a particle and a wave and it could be the key to a breakthrough in a better understanding of black holes,” explain Niels Obers and Troels Harmark.

Black holes are extreme objects that cannot just be studied, because they are so compact and have such tremendous gravity that nothing can escape from them. However, gravitational waves that were created when two black holes collided were recently observed. And a bit like at CERN, where they smash particles together with great force in order to study what is inside, researchers can us the collisions of black holes to study what is inside the black holes.

The grant from FNU is for 4 years and will mean hiring 3-4 new postdocs as well as a number of workshops, conferences and seminars. 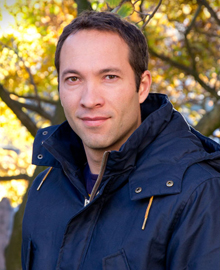 Solids can be in several different states, for example a metallic phase or an insulating phase.

“However, there are also more exotic quantum phases such as magnetism and superconductivity, and most recently we have discovered a so-called topological superconducting phase. That the phase is topological means that the electronic properties of the material have characteristic features that are stable and do not change, even if the shape changes. This superconducting phase is characterised by unique surface states, called Majorana states with properties that make them obvious candidates for future quantum calculations using quantum computers,” explains Brian Møller Andersen.

The project consists of new studies of topological superconductors; both those that are already known and new materials and man-made structures that can function as topological superconductors, even at high temperatures, that is, that the material does not have to be cooled down to near absolute zero at minus 273 degrees C, but is superconducting all the way up to room temperature. It is a property that will obviously make the materials more useful in practice. 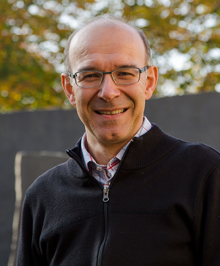 Thomas Blunier, professor Centre for Ice and Climate has received a grant of 2,404,679 kr

Thomas Blunier, professor Centre for Ice and Climate has received a grant of 2,404,679 kr. for the project: Abrupt climate change and the nitrogen cycle.

Nitrous oxide (laughing gas) is a powerful greenhouse gas in the atmosphere. Most nitrous oxide is produced by bacteria where bacteria react with nitrogen compounds to produce or consume nitrate both on land and in the oceans. The properties of the molecules depend on how they were formed and you can distinguish whether they originate from land or sea. Another property differentiates between the sources of the nitrogen reactions.

“We are working with Picarro Industries to develop a laser based instrument for measuring the amounts of nitrogen oxides. The instrument will be used for laboratory measurements of ice cores from Greenland. The aim is to understand why the amount of nitrogen oxides has changed in the past during abrupt climate changes like the last transition between glacial and interglacial periods. By studying the past we can learn about how the biosphere will most likely respond to future climate change and how greenhouse gases will be produced in a changed biosphere,” explains Professor Thomas Blunier.

The grant mean means that a new PhD student can be hired. 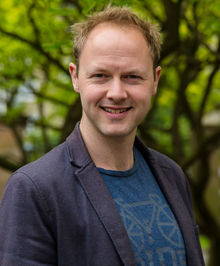 The Higgs particle was discovered in 2012 by measuring pairs of W and Z bosons in the particle accelerator, the Large Hadron Collider, LHC at CERN in Switzerland. The Higgs particle provides other particles with mass in the Standard Model. But more mysteries are waiting to be solved. In the Big Bang, equal amounts of matter and antimatter were produced. We know matter as everything that the visible universe is made of – like stars, planets, people, animals, plants etc. But antimatter – that is, atoms that have the opposite charge in the form of a negatively charged nucleus, an antiproton and a positively charged positron, where did it disappear to?

“If you also want the Higgs particle to explain why there is a slight excess of matter over antimatter in the composition of our universe, then there is a need for at least one extra Higgs boson. We will therefore search the data from LHC run II for a new diboson resonance beyond the Standard Model. At the same time, we will search for indirect evidence for the existence of such an extension of the Standard Model through angular distributions of the final state particles from diboson states,” explains Troels C. Petersen, who works on the ATLAS project at CERN.