Astrophysicist Heidi Korhonen, associate professor in the Dark Cosmology Centre at the Niels Bohr Institute has received a grant of 3.2 million kroner to lead an EU project that will train young researchers in astronomical observations with telescopes. The project will run for four years. 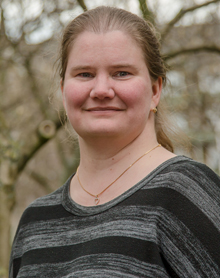 Astrophysicist Heidi Korhonen has received a grant of 3.2 million kroner to lead an EU project.

Heidi Korhonen is part of a large consortium, OPTICON (Optical Infrared Coordination Network for Astronomy) that has received 10 million euro (74.5 million kroner) from the EU’s Horizon 2020 Framework Programme for Research and Innovation. OPTICON has 32 partners, is led by Cambridge University and the Niels Bohr Institute is the seventh largest grant recipient.

“Our programme, ‘Enhancing community skills, integrating communities’ aims to increase the basic telescope observation skills of young researchers. We will organise courses and workshops, create a network of researchers from across Europe with special meetings and we have plans to build a school for the development of astronomical instruments here in Copenhagen,” explains Heidi Korhonen, who will lead the project.

The programme is targeted at young researchers on the PhD and postdoctoral levels. The grant of 3.2 million kroner is for salaries, courses and paying for telescope time. The project starts in 2017 and will run for four years.