Harald of the Year:

Marianne Vestergaard is an associate professor in astrophysics at the Niels Bohr Institute. She studies the giant black holes at the centre of distant galaxies. Quasars are so-called ‘active’ black holes that grow large by ‘swallowing up’ the surrounding gas. Marianne Vestergaard studies the physical processes of the quasars – their structure and evolution, and how the quasars affect their surroundings. She has been awarded the University Copenhagen Teaching Award 2016 for her engaging and active teaching. 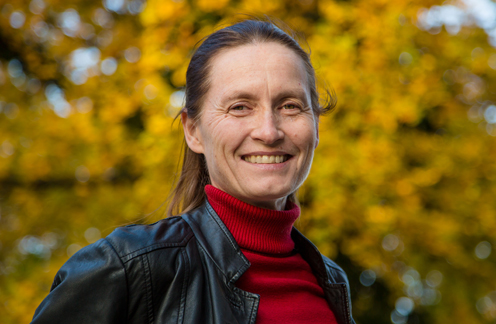 Associate professor in astrophysics at the Niels Bohr Institute, Marianne Vestergaard, receives the University of Copenhagen Teaching Award the ‘Harald of the Year’ 2016.

“It is a great honour for me to receive the university’s teaching award and I am very thankful for the recognition I am receiving for my teaching with the awarding of this prize,” says Marianne Vestergaard. The students nominated her for the award because she is a teacher who teaches much more than how the universe works.

“Marianne teaches us one of the most important things you can learn as a student and a human being, namely to ask questions. She constantly encourages her students to question their knowledge: how do we know what happened in the early universe? How can we be sure that our models actually fit and determine the age of a galaxy and are not just an expression for its chemical composition?” reads the justification from the students at the Niels Bohr Institute to nominate Marianne Vestergaard for the Harald of the Year, which is the name of the University of Copenhagen Teaching Award.

Harald Bohr as a role model

The ‘Harald of the Year’ is named after Harald Bohr (1887-1951) – world famous in mathematical research and a man with a keen interest in students and teaching. His enthusiastic lectures could make material that was very difficult to understand an almost intellectual indulgence and he gave students a brilliant and unforgettable introduction to the refined conceptual universe of mathematics. 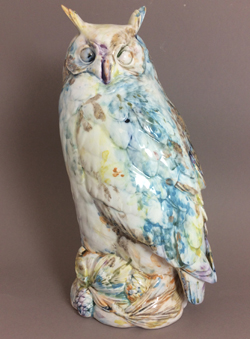 With its Teaching Award, the University of Copenhagen wishes to show that teaching is just as important as research. The symbol on the ‘Harald of the Year’ is a horned owl, the bird of wisdom – in porcelain. The figure is donated by Royal Copenhagen and each year it is decorated by a new Danish artist.

“With such a talented and dedicated teacher as Harald Bohr as a role model, it is a great honour to receive the ‘Harald of the Year’ and it is a great motivation for me to receive the award, because the nomination comes from my students and colleagues,” says Marianne Vestergaard. Her fundamental commitment makes the students gain a deeper understanding between theory and practice and she has developed a special way of teaching.

“In virtually all of the teaching activities, I challenge the students to actively work with the material, among other through discussions. In projects, they work with real stellar spectra and models of distant galaxies and I urge them to use the scientific method to be critical and to draw their own conclusions based on what they have learned. They realize that they can do more than they originally thought and they even learn software programming,” explains Marianne Vestergaard and even though she is a demanding teacher, it is something that the students really appreciate.

“She erases the normal boundaries between students and lecturer – for in her classes we all feel like astrophysicists. The only requirement to participate is that you strive for knowledge about the world we are a part of. Though it is also clear that the knowledge does not come automatically, but everyone will happily work 30 hours a week for Marianne – for who would want to disappoint a lecturer who has so much confidence in the abilities of her students?” say the students.

Marianne Vestergaard will be presented with the award at the university’s big annual commemoration on November 18th. The symbol on the ‘Harald of the Year’ is a horned owl, the bird of wisdom – in porcelain. The figure is donated by Royal Copenhagen and each year it is decorated by a new Danish artist. In addition, the award recipient is given a monetary prize from the University of Copenhagen General Fund.

Harald of the Year