At the age of 85-year old, Erik Høg is planning a satellite to be launched in 20 years

ASTROMETRY OF THE FUTURE:

Erik Høg, who celebrated his 85th birthday earlier this year, has just had his fourth major astrometry project approved, a project that he started in 2013 and one that ESA is now joining. A satellite that will be launched in 20 years. 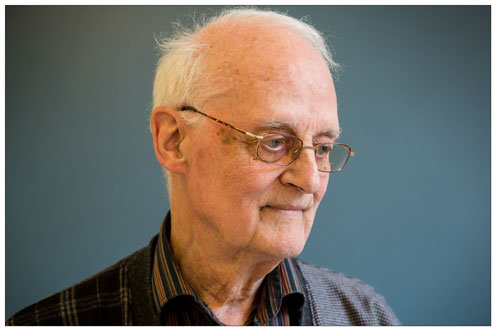 Erik Høg is the eldest of three children born to Agnes and Aksel Høg, who was a painter in the small village of Frejlev on Lolland. Erik Høg became interested in astronomy early on and observed stars in the dark sky of the countryside. He built his own telescopes and grinding the mirrors for them.

“No”, says the Nestor of Danish astronomy, Associate Professor Emeritus Erik Høg, who turned 85 on June 17: “I certainly hope I don’t make it to 105!!! And for me it is just about me doing what needs to be done now; getting the project going because it is important for astronomy and astrophysics. I am leading the way again, which I have had the joy and luck to do for almost sixty years: in 1960 with my idea in Hamburg, in 1975 with Hipparcos, in 1981 with Tycho, and in 1992 with Gaia." It is a project that Erik Høg started in 2013 and one that ESA is now joining with a technical study of a special detector for a satellite that will be launched in 20 years, if everything goes well. The title of the upcoming project is tentatively GaiaNIR, where NIR=near infrared.

Erik Høg has primarily worked with astrometry, that is, measuring the position of the stars in the sky. In comparison to modern research on exoplanets, black holes and dark energy, it may sound obsolete and uninteresting to work with. In fact, it is the most fundamental tool for many of the modern astronomical study areas. Astrometry tells us where the stars are in the Milky Way, how far away they are and where they are headed.

It is extremely complicated to calculate the movements of the stars, correcting for the Earth’s rotation, it’s orbit around the Sun, the Solar System’s motion in the Milky Way and the many, many minor corrections that are necessary before you can publish tables of the position of stars in relation to each other, their distances and their movements away from us or towards us and in directions across the line of sight to them. 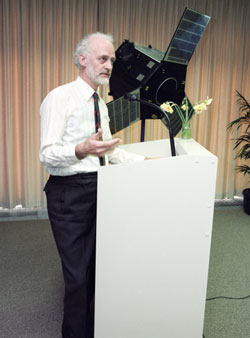 Astrometric measurements are known back to ancient Greece. By today’s standards, they were not very precise, but they were good enough for the astronomers of that time to discover some of the finer movements of the globe – that the Earth’s axis does not always point to the same place in the sky, but that the direction of the axis revolves extremely slowly around a point in the sky – a rotation lasts 25, 771 years – and it is currently pointing towards the North Star. The Greek Hipparcos (died 120 BC) is often given credit for the discovery of this so-called “precession”.

The Danish nobleman Tycho Brahe refined the observation techniques as much as was possible with the naked eye and another Dane, Ole Rømer invented the telescope instrument that was essential for modern astrometry, called a “meridian circle”. It has been refined since Rømer’s time, and in 1960, Erik Høg got the idea for another improvement while working at the observatory in Hamburg.

The measurement of the stars were digitized and written on a punched tape, which would then be calculated in a computer. It turned out that the computer had to be very fast. Fortunately, the Danish computer GIER had just come on the market and it was ten times as fast as the best American computer in the right price range. GIER could just manage it. It was purchased and, along with six observers and the meridian circle from Hamburg, was taken on an expedition to Australia, which lasted five years – and it was a success. 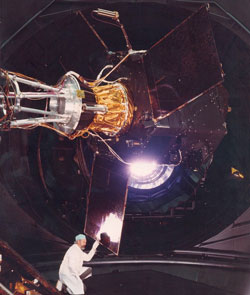 Hipparcos was launched on 8 August 1989. Read more about Hipparcos in Wikipedia here >>

In the 1970s, Erik Høg got an idea for a whole new type of meridian circle. All materials change with temperature and here on Earth you also have to take into account the deflections in a telescope caused by gravity. If you build the telescope around a special glass block, you can measure with great precision and the measurements with the glass meridian circle are hardly affected by the otherwise troublesome effects of temperature and gravity.

This idea led to Erik Høg collaborating intensively with Chinese astronomers on the development of the new instrument during the 1980s. However, this did not come to anything as the Hipparcos satellite made meridian instruments completely obsolete. 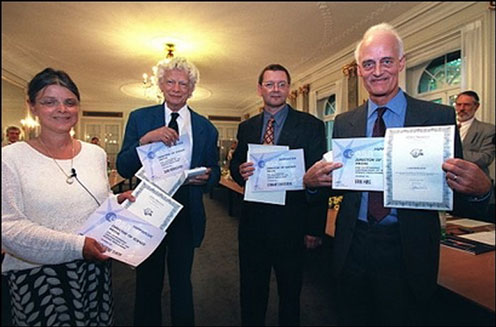 The Hipparcos mission was approved in ESA’s scientific programme in 1980. It was the French astronomer Pierre Lacroute, who got the idea for the Hipparcos satellite in 1965 and in 1999 the ESA team was awarded a medal for the design and concept underlying the mission. From left: Catherine Turon, Jean Kovalevsky, Lennart Lindegren and Erik Høg. Image: ESA

In the meantime, the method of digitizing the measurement actually became the heart of the first astrometric satellite. It was named Hipparcos, was launched by the European Space Agency ESA in 1989 and functioned until 1993. Erik Høg was a key person in both the planning of the satellite and the subsequent calculations that led to a star catalogue of unprecedented precision; the Hipparcos catalogue form 1997 with high-precision measurements of 118,200 stars and the slightly less precise Tycho-2 catalogue with 2.5 million stars. 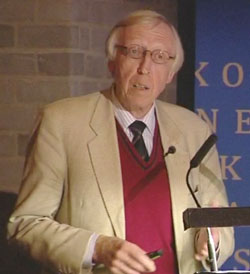 The great Dutch astrophysicist, Professor Ed van den Heuvel, has followed my work since the start of Hipparcos in the 1970s. Without Ed, the Hipparcos mission would not have been approved by ESA in 1980, and probably never, as I have documented in a report. He congratulated me on ESA’s approval of GaiaNIR in April 2017, and added “...you are, of course, the soul of Hipparcos and Gaia”. This means more to me than any gold or silver medal. – and when I asked if I could quote him, he added: “I actually feel very flattered by it”.

Gaia, the successor to Hipparcos

The successor to Hipparcos is Gaia. It is again an ESA project. The satellite was launched in 2013 and it is still measuring. When the results from Gaia are available in 2020, we will have access to 3D positions in the Milky Way for 1.1 billion celestial objects, most of which are stars. However, it is less than 1% of all the stars in the Milky Way. 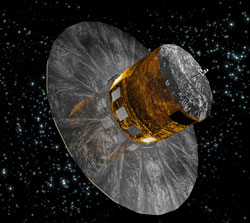 Gaia was launched on 19 December 2013. Read more about Gaia in Wikipedia her >>

The stars move between each other and the more time that has passed, the greater the distance they have moved and the more accurate our mapping of the movements becomes. Therefore, there is no rush to launch a successor to Gaia, which is why the new project that Erik Høg has helped get approved by ESA has good need for a waiting period of about 20 years.

In February 2016, ESA issued a call to European researchers to come up with ideas for future satellite missions. They received 26 proposals. Three were selected for further detailed studies and Erik Høg fathered the project “High-accuracy astrometry”.

The basic idea is the same as before, but with improved accuracy. What is new is observing the sky in the near-infrared wavelengths of the light from the stars in the Milky Way. In this wavelength range, the observations are not nearly so affected by the scattering of light in the cosmic dust and gas, so it will be possible to observe the hidden areas around the core of the Milky Way and other areas that are hidden in the dust clouds with much better accuracy. ESA will now develop the plans further in collaboration with the proposers and hopefully, the result will be an option to build the satellite as part of ESA’s scientific programme, which Denmark also participates in. The proposed satellite mission has not yet been named.

Erik Høg is the eldest of three children born to Agnes and Aksel Høg, who was a painter in the small village of Frejlev on Lolland. Erik Høg became interested in astronomy early on and observed stars in the dark sky of the countryside. He built his own telescopes and grinding the mirrors for them. 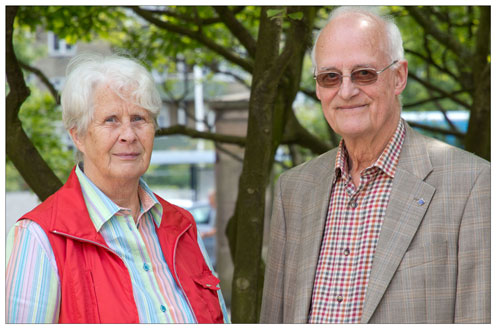 Five years ago, Erik Høg celebrated his golden wedding anniversary with his wife Aase. They have three children, Birgitte, Rasmus and Torkil. The latest trips with Aase were to Pisa, to Harzen and to Hamburg, where Erik Høg worked at the observatory for 15 years and where all their children were born.

Over the years, Erik Høg has amused himself by learning foreign languages, so he speaks English, German, French and Esperanto fluently and at a bit more basic level, when the occasion arises: Spanish, Russian, Chinese and Japanese. He has also been quite good at Bahasa Indonesia, but he has forgotten it. 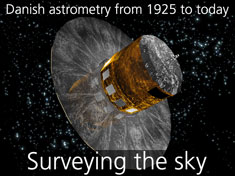 The life of Tycho Brahes