Morten Bo Madsen, head of the Mars Group at the Niels Bohr Institute, has received a grant of 2.5 million kroner from the Carlsberg Foundation for the project: A Field Trip 250 million km from home – Salary for Essential Expert and Materials and Parts for Danish Experiments on NASA’s 2020 Mars Mission. 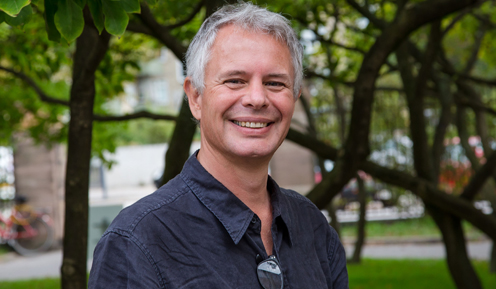 Morten Bo Madsen, leader of the Mars group at the Niels Bohr Institute.

The possibility that there may be life on Mars has always attracted scientific interest. Life as we know it depends on water and scientists know that Mars previously had large amounts of liquid water, while there is now plenty of water in the form of ice.

Through scientific experiments and participation in all of NASA’s Mars landers and rovers since Mars Pathfinder in 1997, the Niels Bohr Institute has been an integral part of the Mars exploration that has led to knowledge about the planet’s water, mineral content, climate and conditions for the possible presence of life over time.

“We know now that there are areas on Mars where life – if it was there – would be able to thrive and reproduce. But the crucial question still remains, whether these seemingly favourable terms ever led to the emergence of life on Mars,” says Morten Bo Madsen, head of the Mars Group at the Niels Bohr Institute at the University of Copenhagen.

NASA’s next Mars 2020 Mission will attempt to elucidate this question and the Mars Group at the Niels Bohr Institute at the University of Copenhagen will be participating in this endeavour.

“We have been invited to participate in three experiments with the right to have direct access to all scientific data as it flows in from the mission on Mars. The goal is to find samples that can tell us about the mineral composition, help us with a precise dating of selected areas on the surface and look for traces of early life,” explains Morten Bo Madsen.

Participation in the Mars mission is – for now – secured with a grant of 2.5 million kroner from the Carlsberg Foundation. The grant came at a critical time, because the Niels Bohr Institute has to supply small but essential items for the mission and there were no funds to purchase parts to make these instrument components.

“The grant guarantees funds to purchase parts for the manufacture of the instruments which we will supply to the mission and to ensure the employment of an indispensable expert. With the grant, Danish researchers and students will have an impact on preparations for the Mars mission and direct access to the scientific results when the mission lands on Mars in 2021. The objective of the mission is to find and collect the first samples to be sent back to Earth with a subsequent mission, so with continued support, Danish research will remain at the forefront in the investigation of whether life ever evolved on Mars,” Morten Bo Madsen.

The grant from the Carlsberg Foundation is for the period 1st of January 2017 to 30th of June 2019 and the primarily use will be to hire PhD Kjartan Kinch. He is Co-Investigator on the mission’s main camera, Mastcam-Z, and his area of expertise is the calibration of images from the Martian surface.