Jan Haerter from the Atmospheric Complexity Group at the Niels Bohr Institute receives an ERC Consolidator Grant of DKK 10 million for research on cloud-cloud interaction and for better understanding of the climate system. 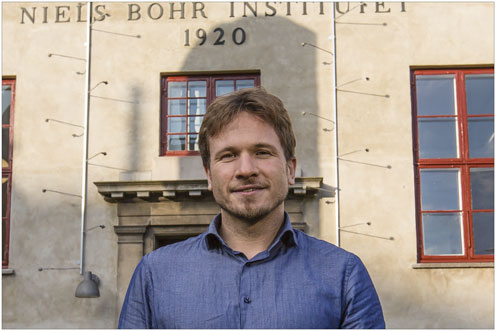 Jan Haerter has a Ph.D. in theoretical condensed matter physics from the University of California at Santa Cruz, USA (2007). He has since then studied a broad range of complex systems in various fields, including earth’s atmosphere (e.g. clouds and precipitation), evolutionary dynamics and species collapse in ecosystems (e.g. food webs), bistability in epigenetics and self-organization in temporal complex networks, including experiments.

Funded by a Villum Young Investigator Grant as an associate professor since 2016, at Niels Bohr Institute he formed the research group “Atmospheric Complexity” (http://atmospheric-complexity.nbi.ku.dk).

From small scale to large scale

The ERC Consolidator grant will allow Jan to more generally rethink the role of convective cloud in the climate system. If clouds organize on the very small scales, how can such organization influence the larger scales? With understanding of small-scale organization, can we address large-scale anomalies in the atmosphere, which can lead to multi-day periods of heavy precipitation. And how can the interaction between scales be incorporated into global climate models to allow for better future projections? Ultimately, what is the influence of cloud-organization on climate sensitivity?

Jan Haerter's group studies the complexity of earth’s atmosphere: As it contains water in various phases, the atmosphere is subject to a range of threshold-like phenomena, which can lead to abrupt transitions, intermittency and time-delayed feedback processes. When air rises due to heating and moisture near the earth’s surface, convective (thunderstorm-like, localized) precipitation rapidly redistributes latent heat in the vertical. However, for convection also the horizontal transfer of kinetic and thermal energy, as a consequence of precipitation, is a crucial ingredient in the understanding of self-organization: simply put, precipitating clouds can impact on the fate of others in the surroundings.

Convective clouds interfere with solar irradiation, influencing the earth’s energy budget, and they can lead to flash floods, caused by intense downpours. Both their exact influence on the radiative balance and the potentially changing risk of extreme precipitation in the future are currently not well understood.