A grant of DKK 11.2 million from the Danish Roadmap for Research Infrastructure will upgrade the University of Copenhagen’s particle detectors and data processing facilities at CERN, so that in the future we can increase our knowledge about the early state of the Universe and its fundamental building blocks, the particles and the forces that bind them together. The measurements will help shed light on what the unknown 95 percent of the matter and energy really is. 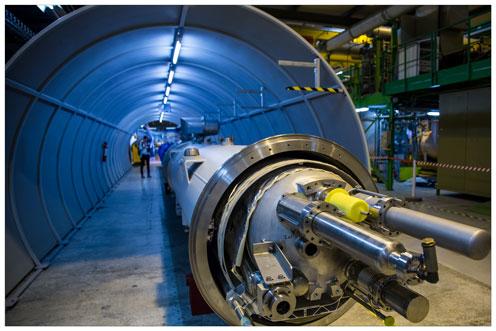 Not only the ALICE and ATLAS detectors are upgraded, but also the 27-km Large Hadron Collider (LHC) will be upgraded to detect up to 100 million proton collisions per second in the future.

Only five percent of the matter that constitutes the visible universe and everything around us is so far understood and described by science. Outside Geneva is CERN, the world’s largest research facility for particle physics. Here the search is on for candidates for the remaining unknown 95 percent by sending particles toward each other and letting them collide in a ‘mini-Big Bang’.

“The particles we produce by colliding protons were those that dominated in the early Universe, in the first billionth of a second after the Big Bang. It is a special form of archaeology where we are looking for the fundamental rules of the Universe” explains Professor Jens Jørgen Gaardhøje from the Niels Bohr Institute, who is leads the project. 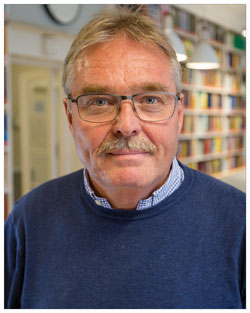 Jens Jørgen Gaardhøje is professor at the Niels Bohr Institute and head of the ALICE research group. He is a member of Scientific Advisory Board, Science Europe and Vice president, CERN–Council and director of NICE, the DK National center for CERN research.

The grant of DKK 11.2 million from the Ministry of Higher Education and Science will primarily be used to upgrade ALICE and ATLAS, which are the two large and complex detectors that are explore the special state the Universe was in up to the first millionth of a second after the Big Bang and are searching for new particles and new physics beyond the successful ‘Standard Model’ of particle physics , which describes the currently known building blocks to impressive precision.

The upgrade of the detectors is also part of a major upgrade of CERN, notably of the 27 km long superconducting Large Hadron Collider (LHC), and is financed by  CERN’s member states, including Denmark. The improvements imply greatly increased collision rate – 50,000 per second between heavy atomic nuclei and up to 100 million per second for protons – thus increasing the likelihood of creating new particles and studying rare phenomena. 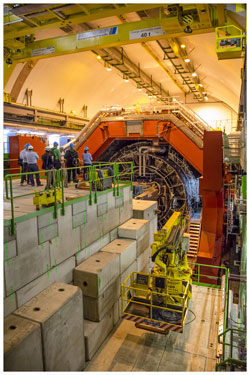 “We will be able to study many new phenomena with the increased collision rate and the improved detectors. For me, there is no doubt at all that the boundaries will be shifted. We hope, of course, for revolutionary breakthroughs that will change our view of Nature,” says Jens Jørgen Gaardhøje.

Dean John Renner from Faculty of Science says about the grant:

“It is absolutely essential for Denmark. Without it, we would not be able to participate in the major research partnership that CERN is. At the same time, the grant is an important piece in the big puzzle of understanding our world, which we our trying solve through science.”

More about the grant: