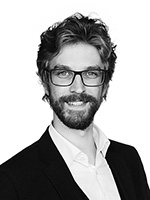 In the first, extremely hot split seconds our universe existed, the elementary particles quarks and gluons existed freely in an exotic state known as the quark-gluon plasma. Shortly after though, when the universe expanded and cooled down, they started being confined to form the nuclei of the atoms that surround us.
Today, the quark-gluon plasma is created and analyzed experimentally in the Large Hadron Collider at CERN.

The grant will finance the recipient, two postdocs and one PhD student. 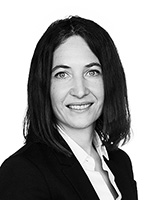 Christa Gall
Searching for the Known Unknowns: Lightening up the Dusty universe

Christa Gall receives 10 million DKK to search for 'known unknowns' in the transient Universe. Christa Gall is interested in the astrophysics of transient sources in the Universe, from a theoretical and an observational point of view.

Astrophysical transients, such as massive stars exploding as supernovae, are the spotlights of the Universe, which is filled with small solid particles, ‘cosmic dust’, of unknown origin. I will find out if supernovae are the long sought production factories of large cosmic dust grains and quantify the properties of dust across cosmic time. The project will exploit the discovery space opened up by new transient surveys and enlighten some of the known unknowns such as the nature of hitherto unknown transients and their role in the dusty universe. The grant will fund one PhD student, one postdoc as well as interaction with international collaborators

At the occasion of accepting the Villum Young Investigator grant, Christa Gall said:  ”The Universe is full of surprises and we have just begun to explore it. In the coming years I will be searching for what we know we don’t know. I will discover fascinating astrophysical objects and illuminate their roles in the Universe! SKULD — the acronym of the project — in norse mythology is the goddess of fate who places markers for transition, change and conclusions — my project shall be such a marker". 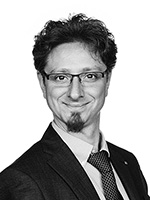 Michele Burrello
Architectures for non-Abelian anyons
Michele Burrello receives 10 million DKK to research new and exotic particles, the so called non-Abelian anyons. At very low temperatures and very small length scales, both solids and gases display very unconventional behaviors due to their quantum nature. In the last decades, a particular interest was stirred by the discovery of topological materials. These are a new generation of quantum systems characterized by a surprising stability. In such systems, novel particles are predicted to emerge: they are called anyons and exhibit peculiar properties that permit to store and manipulate quantum information in a way protected by most source of noise and disorder, thus offering a great potentiality for quantum computation.

This project aims at engineering and realizing new quantum architectures for the creation and manipulation of these exotic particles.

“My group will study several condensed matter platforms, ranging from trapped ultracold atomic gases to topological superconductors, with the objective of building new models and fabricating new devices for the observation of anyons”, says Michele Burrello.

In particular, the grant will fund a PhD student, four postdocs and it will cover the material costs for experiments in hybrid superconducting / semiconducting nanodevices. 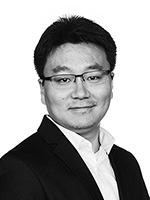 You Zhou, postdoc in the research group Experimental Subatomic Physics, receives 10 million DKK to investigate the properties of the early universe.

In the early universe, a microsecond after the Big Bang, a special quark-gluon plasma (QGP) type of matter existed. Recent surprising results suggest that QGP may be created in the collisions between protons at ultra-relativistic energies. This project will apply new sophisticated correlation techniques to the coming data collected at the Large Hadron Collider (LHC), to reveal this fundamental puzzle.

The grant allows the recruitment of two PhD students and a postdoc to do such measurements.