The first telescope in the Danish led telescope network will be officially opened on 25 October, 2014 on Tenerife. This will launch a worldwide stellar research project that will bring us even closer to the stars and closer to finding earth-like planets in our galaxy, the Milky Way.

The Danish SONG telescope at Observatorio del Teide on the Izaña mountain on Tenerife.

About seven or eight years ago, astronomers from Aarhus University and the Niels Bohr Institute at the University of Copenhagen got the idea for a global network of small telescopes that were specifically targeted towards the study of stars and planetary systems around stars. The dream was to develop a prototype of a new state of the art robotic telescope that was cheap and efficient to operate and could make a difference scientifically for relatively little money, even before all the planned network of eight telescopes around the world was developed.

The prototype of the new telescope, which is the Danish – and first – ‘node’ in the SONG network, has been installed, tested and is ready for the official opening at the Observatorio del Teide on the Izaña mountain on Tenerife. 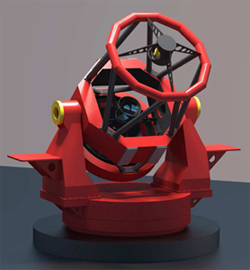 The telescope is smaller than many other modern telescopes, only a meter in diameter, the technical equipment is installed in a shipping container next to it and the whole thing can be controlled remotely over a standard internet connection. It has cost about 30 million kroner, which is cheap compared to other telescopes around the world. All of the instruments have been developed and built at Aarhus University and the Niels Bohr Institute.

Professor Jørgen Christensen-Dalsgaard is the head of the Stellar Astrophysics Centre at Aarhus University and the overall head of SONG.  He is very excited that the new telescope on Tenerife is now being put to use and is already starting to deliver outstanding scientific results.

“It is fantastic that we now have a new, state of the art telescope that, despite technical challenges and delays, has come in on budget and has also shown the ability to deliver exactly what we had a vision of when we started the project.  Our knowledge of the stars and exoplanets has changed a lot in recent years and yet we can still see that we had a good vision when we designed the scientific objectives of the SONG project - we can be very satisfied with that,” says Jørgen Christensen-Dalsgaard. 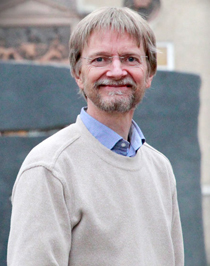 The telescope is designed for two scientific objectives:  It will measure stellar oscillations, which can reveal the internal structures of stars and it should be able to find Earth-like exoplanets in our Milky Way.

Astronomer Uffe Gråe Jørgensen, head of the research group Astrophysics and Planetary Science at the Niels Bohr Institute, looks for Earth-like exoplanets.  Around 3,000 exoplanets have now been found in the Milky Way (an exoplanet is a planet that orbits a star other than the Sun), but the vast majority are very different from the planets we know from our own solar system. For example, gigantic planets that are relatively close to their host star and are therefore too warm to have flowing water and the potential for life.

“This method is very useful for finding planets similar to planets in our own solar system, thus having the potential for life,” explains Uffe Gråe Jørgensen.  The method is based on a high-tech camera that will give the SONG telescopes the ability to produce images nearly as sharp as a space telescope. The camera was developed in a collaboration between the Niels Bohr Institute and the Centre for Stars and Planet Formation (StarPlan) at the University of Copenhagen, a Center of Excellence.

The SONG network is expanding

In addition to the telescope on Tenerife, the SONG network is currently being expanded with a telescope in China, which is based on the Danish prototype and is now the testing phase and negotiations are underway with collaboration partners in New Mexico in the United States. Moreover, the Chinese collaboration partners have plans to build a Song telescope in South America and two more Danish SONG telescopes are possible underway in South Africa and Australia, while telescopes are also being discussed in Hawaii and Chile.

The idea with having many telescopes around the globe is that as the Earth rotates you can follow the observations of specific objects from one telescope to the next telescope in the network over long continuous periods of time.

The Danish SONG telescope on Tenerife is owned and operated by Aarhus University and the University of Copenhagen in collaboration with Instituto de Astrofísica de Canarias on Tenerife.

SONG stands for Stellar Observations Network Group. The project is financed by the Carlsberg Foundation, the Villum Kann Rasmussen Foundation, the Danish Council for Independent Research (FNU), the University of Copenhagen and Aarhus University.