Robert Feidenhans’l resigns as head of the Niels Bohr Institute 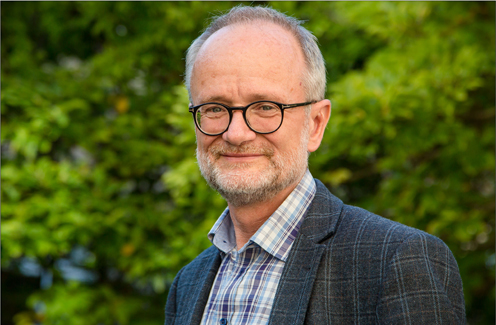 Robert Feidenhans’l resigns from his position as head of the Niels Bohr Institute at the end of the year. (Foto: Ola Jakup Joensen, NBI).

The European X-ray Free Electron Laser, European XFEL, is a research facility that produces extremely intense X-rays that are a billion times stronger than the best traditional X-ray sources. X-ray radiation is a super tool that opens up entirely new opportunities for research in materials and proteins and to be able to carry out advanced experiments with the structure and dynamic of individual particles.

“I am looking forward to my new job. I have been involved with XFEL from the very beginning, when we began the preliminary work and the decision was made around 2001 to build the large research facility. 15 countries – including Russia are part of the collaboration and my main task in my new job as the Chairman of the Management Board will be to ensure that all of the countries get something out of being a part of the project and that the correct scientific areas are focused on,” explains Robert Feidenhans’l.

With the new leadership post at XFEL, Robert Feidenhans’l will be at the centre of the research that is close to his heart, that is research using X-rays to understand how new advanced materials are constructed, so you can see the structure all the way down to the atomic level.

Robert Feidenhans'l has been involved with X-ray research since 1981 and he explains that much has happened since then.

“You can compare it to the difference between a lamp and a laser. The difference is colossal. The old synchrotrons, which are particle accelerators that generate streams of X-rays, are equivalent to an ordinary lamp while the new facility is based on superconducting technique with a super-focused X-ray beam, which is comparable to a laser beam. It is the ultimate in X-ray research facilities,” he explains and you can see that it’s something he is really passionate about.

Robert Feidenhans'l is internationally recognised for his research in experimental nanophysics, where he is working to develop X-ray techniques to look at finer and finer details in materials. For example, he has helped to research nanowires, which can be used for solar cells and LEDs. He has also been at the forefront of developing new, pioneering X-ray technology that is well suited for the X-ray scanning of food, so that you can detect foreign objects like insects.

At XFEL, the X-rays are so intensely focused that it will be possible to study the transport of membrane proteins in and out of the cells. It will be a super tool when the experiments can start in early 2017.

Robert Feidenhans'l will take up the new position as Chairman of the Management Board on 1 January 2017.

“I will miss the Niels Bohr Institute and I will miss all of the students. But I am not leaving the institute altogether, as I will keep my position as a professor and I will also continue to supervise students and I will also work to bring Danish students and Danish research projects to XFEL,” says Robert Feidenhans’l, who came to the Niels Bohr Institute in 2005 and has been head of the institute for the last five years.