Astronomers estimate that there should be 100 million black holes roaming among the 100 billion stars in our galaxy. They are the remnants of supernova explosions that happened throughout the 10 billion years of the history of our galaxy. But since black holes emit no light of their own, they are extremely difficult to detect. Now, astronomers have at last come up with clear evidence for finding one in a needle-in-a-haystack search among a blizzard of stars seen toward the galactic center. Researchers from the Niels Bohr Institute (NBI), University of Copenhagen, contributed to the discovery, using the Danish 1.54m telescope at European Southern Observatory’s (ESO) La Silla observatory in Chile. The discovery is now published in Astrophysical Journal.

Following six years of meticulous observations, NASA's Hubble Space Telescope has in collaboration with telescopes on the ground provided, for the first time ever, clear evidence for a lone black hole shooting like a projectile through interstellar space.

Until now, all black hole masses have been measured in so-called binary systems – where the black hole is forming a pair with a star, their gravitation kept in check by one another. This is the first time the mass of an isolated black hole has been measured.

The light from a star far behind the black hole was momentarily brightened and deflected by the black hole passing in front of it. The black hole's powerful gravitation left a unique fingerprint on the deflection of starlight, eliminating other potential gravitational lensing candidates.

Kailash Sahu of the Space Telescope Science Institute in Baltimore, Maryland, along with his team, made the discovery in a survey designed to find just such isolated black holes. The warping of space due to the gravity of a foreground object passing in front of a star located far behind it will momentarily bend and amplify the light of the background star as it passes in front of it.

That's how we did it
During a period of 6 years, while the black hole passed the star with a speed of 150,000 km per hour, Hubble Space Telescope (HST) observed a shift in the position of the star, so tiny that it could only be measured from space. From the ground, telescopes all over the world, including the Danish telescope in Chile, saw a brightening of the star light instead of a shift in position.

By combining the observations from the ground with the HST observations, it became possibly to accurately calculate the mass, distance and velocity of the black hole – the first ever observation of any of the 100 million black holes from supernova explosions predicted to be rushing unseen and lonely through interstellar space.

The phenomenon, called gravitational microlensing, is used to study stars and exoplanets – and now also black holes – in the approximately 20,000 microlensing events that has been seen so far.

“The cameras used with the Danish 1.54m telescope were developed at the NBI workshops utilizing the best available detectors. The special combination of a moderate sized telescope and very fast recording of images allow for the recording of images which in sharpness, under optimum conditions, are approaching the performance of HST.

This is particularly relevant when observing such crowded fields as where the black hole was discovered”, explains Michael Andersen, head of the astronomy workshop at NBI.

New detections can be expected, and will shed new light on these blacker than black objects

"Detections of isolated black holes will provide new insights into the population of these objects in our Milky Way," said Sahu. He expects that his program will uncover more free-roaming black holes inside our galaxy. But it is a needle-in-a-haystack search. The prediction is that only one in 1,500 microlensing events are caused by isolated black holes.

Today surveys toward the Galactic centre discovers about 2,000 new microlensing events per year. The very shortest of the events will last a few hours only, while the longest duration events can last months or even years.

Ground breaking results from a one century old technique

In a 1916 paper on general relativity, Albert Einstein predicted that his theory could be tested by observing the Sun’s gravity offsetting the apparent position of a background star. This was tested by a collaboration led by astronomers Arthur Eddington and Frank Dyson during a solar eclipse on May 29, 1919.

Eddington and his colleagues measured a background star being offset by 2 arcseconds, validating Einstein's theories. These scientists could hardly have imagined that over a century later this same technique would be used – with unimaginable precision of a thousandfold better — to look for black holes across the galaxy

The short events have a high probability to be due to free floating planets, i.e. exoplanets that were expelled from the solar systems where they formed. The longest lasting events have a high probability to be caused by neutron stars or black holes. It is by combining observations from telescopes on the ground with observations from space that it is possible to directly “see” such objects.

The small Danish telescope has a unique instrumentation, and its position high up in the Andes mountains in Chile is one of the best places on Earth for astronomical observations. “This has brought us into many valuable international collaborations and unique discoveries such as this one  – the first observation of a free floating black hole from a super nova explosion”, Professor Uffe Graae Jørgensen from NBI explains.

Several new surveys, including NASA's upcoming Nancy Grace Roman Space Telescope, are designed to discover several thousands of new microlensing events per year. Follow-up observations from the ground, such as those we do from the Danish telescope in Chile, will help determining which of these are free floating planets, white dwarfs, neutron stars and black holes, and which are stars orbited by planets like our own Earth. 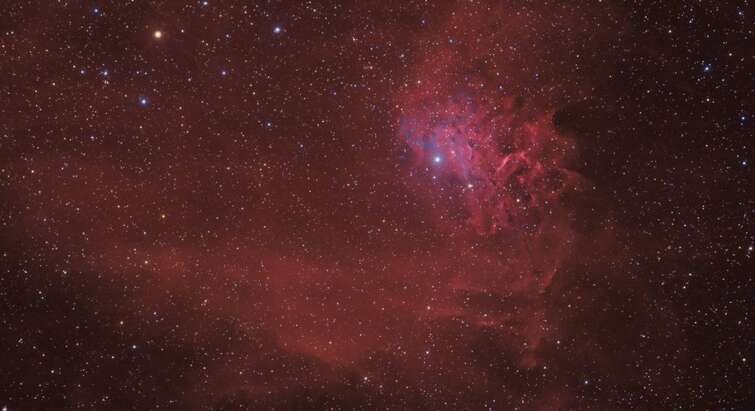 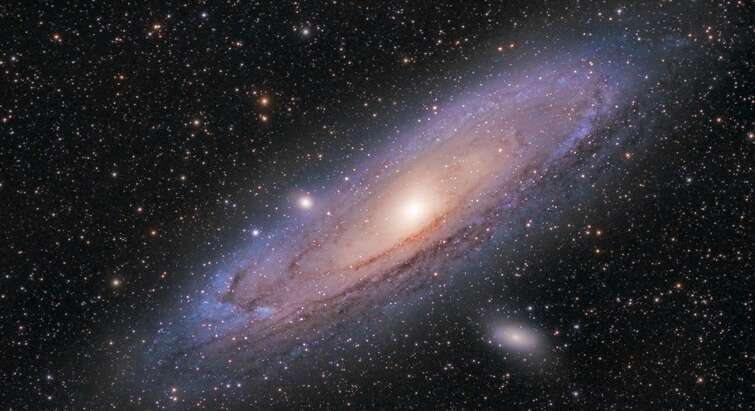