A 1939 article by Bengt Strömgren is considered to be a pivotal turning point in our understanding of interstellar matter. It has even been called a ´a paradigm shift in astrophysics.´ Strömgren 'gave us' the so-called "Strömgren-sphere", enormous and beautiful regions of ionized hydrogen. 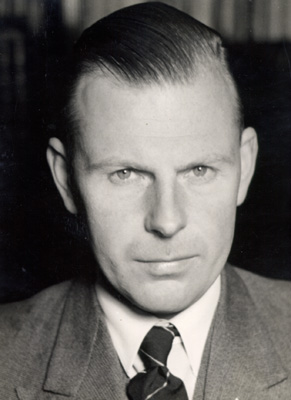 Bengt Strömgren photographed when he became a Professor of Astronomy in 1940..

In Denmark Strömgren became an extraordinary professor at the age of 30 and remained so for two years until his father Elis retired in 1940 and his position was given to the son.  At that time the prevalent theory was that the space between the stars was completely empty, but just before the war Bengt Strömgren developed a striking new theory for the matter between the stars, the interstellar matter.

Is there enough matter between the stars?

The results of Hans Berthe´s research in the late 1930s had had serious consequences for astronomy´s estimates for the age of the stars. The lifespan of stars of about the same type as the Sun was set at approximately ten billion years, but at the same time it was clear that a certain type of stars, the so-called main sequence stars, had a very short lifespan of only 10 million years. That led astronomers to conclude that the formation of stars must happen under conditions that resemble those we observe in the regions neighbouring our galaxy. A compelling question, which Bengt Strömgren posed was therefore: Are there sufficient quantities of matter in the space between stars to allow for that type of star formation?

The formation of gas spheres

A star is formed with the help of gravity. Hydrogen in space gathers together and under even greater gravitational pull the hydrogen is drawn together into a gas sphere while the temperature increases rapidly towards the centre. Hans Bethe's nuclear processes are triggered and the star shines. Bengt Strömgren realized there were particles in the interstellar space and that, among other things, they caused the absorption of stellar light. But the estimated quantities were modest. 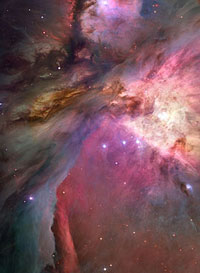 Orion Nebula M42. A good example of a Strömgren Sphere around a very hot star.

He therefore investigated theoretically what happened when stellar light is ionized in interstellar nebulas. He found that the radiation from a certain type of star, the hottest O-stars, played a very important role for the physical conditions in space. In 1939 he published the article, which later became a "classic" among astronomers. It dealt with interstellar matter and came to characterize Strömgren's  research up through the 1950s.

Strömgren showed that the interstellar hydrogen was ionized out to a fixed distance from the stars. That is to say, a sort of glowing shell around the hot stars. An example of this is the Orion Nebula. The shells later became known as Strömgren Spheres (or HII-regions). Strömgren's analysis of the size of the shells set new boundaries for how much interstellar hydrogen that could exist in the universe. He even took the liberty of concluding that since the primary component of matter in the universe of is hydrogen, then the total amount of interestellar matter in the universe must be much greater than previously thought, but in an invisible and neutral form.