Returned to Denmark after World War II Niels Bohr went about restoring his institute. The war had put a bit f a damper on the international visits and the Danish state was also short on money.

Nevertheless, Niels Bohr succeeded in undertaking a major expansion of the institute and its resources. The Institute for Theoretical Physics was once again a place where researchers from the around the world could meet and discuss freely. 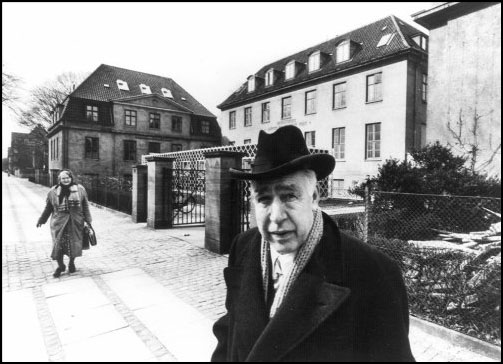 Niels Bohr in front of his Institute for Theoretical Physics in 1957. In 1965 – on the 80th anniversary of his birth – it was officially renamed the Niels Bohr Institute.

Niels Bohr, along with a number of colleagues, established the research facility Risø in 1955. It was an experimental facility with a modern accelerator that would be used to research the peaceful use of nuclear energy.

Niels Bohr was also a driving force behind the creation of the European Centre for Nuclear Research, CERN, in Geneva. For 5 years he organized and hosted CERN’s theoretical department at the institute, until it was transferred to Geneva in 1957. 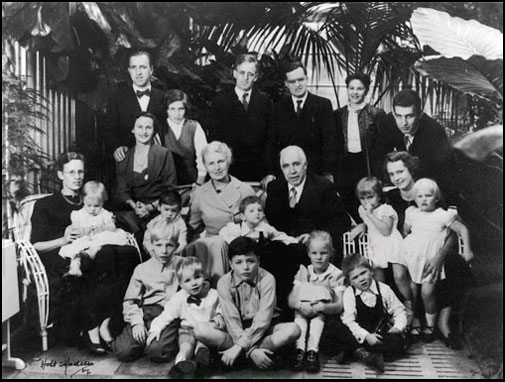 Niels and Margrethe Bohr with their children and their spouses and their grandchildren at Niels Bohr’s 70th birthday in 1955.

Niels Bohr’s discoveries revolutionized science and he is often regarded as one of the twentieth century’s greatest physicists. But he did not stop there. He fought unceasingly to lead the world on a course that he believed would bring peace and new prosperity for all.

Niels Bohr died on 18 November 1962 at an age of 77. He is buried Assistens Cemetery in Copenhagen.

A child at heart