Star and planetary scientists get millions of hours on EU supercomputers

The universe is full of mysteries. Mysteries that cannot be solved by observation alone, but researchers can examine them using modelling. However, this requires enormous processing power and is very expensive. Now researchers from Astrophysics and Planetary Science at the Niels Bohr Institute have just been granted 91 million CPU hours on European supercomputers for three major research projects. 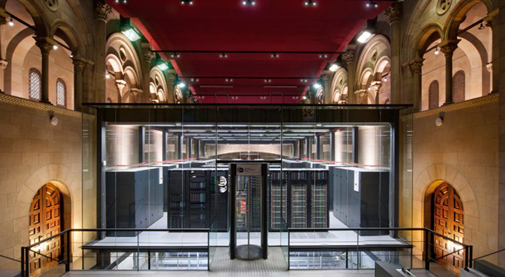 Researchers from Astrophysics and Planetary Science at the Niels Bohr Institute has just been granted 91 million CPU hours on European supercomputers to three major research projects. Here is the Spanish supercomputer Mare Nostrum in Barcelona. It is installed in an old chapel and must be the world's finest supercomputer. (Credit: Barcelona Supercomputing Center)

“Astrophysics and Planetary Science is entering a busy, but exciting time. This huge amount of processing power has to be used in the next year and the project involve almost all of the group’s researchers and students as well as international colleagues,” says Klaus Galsgaard, associate professor in the research group and the lead for one of the applications to the Partnership for Advanced Computing in Europe (PRACE), which provides industry and research access to the largest supercomputers in Europe.

PRACE selected 30 projects in Europe and quite exceptionally, there are three projects from Astrophysics and Planetary Science, which have been granted a total of 91 million CPU hours or 12 percent of all EU supercomputer time. (If the computing power were to be purchased from the Danish national supercomputer, it would cost 7 million kroner). 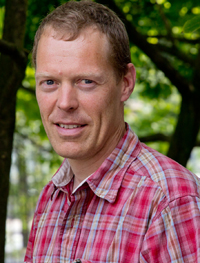 “By using new and physically realistic computer models, we will investigate the mechanisms that heat the Sun’s outer atmosphere, the corona, to millions of degrees Kelvin. The warming is caused by the magnetic fields that penetrate the surface of the sun and transfer energy from the solar interior to the corona, where the density of the gas is very low and the effect of the energy transfer is therefore great. In connection with the release of energy in the corona, electrons and protons in the corona accelerate to speeds close to that of light. The bursts of energy in the corona also give rise to ‘solar storms’ where areas of the corona are torn loose and are sent off into the solar system. When they hit the Earth and its environs, the aurora borealis (northern lights) are formed and in extreme cases there are disruptions of electrical and communication systems. The processes in the Sun’s corona will be studied by combining – in a new and innovative way, models of the magnetic field dynamics with particle simulations,” explains Klaus Galsgaard.

These experiments will help form the foundation for a better understanding of solar storms. The study will – for the first time, also include models of the coronas of Sun like stars. 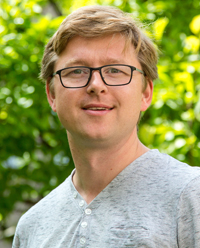 Stars are born in large gas clouds that contract under their own gravity. The gas that becomes a single star typically comes from distances that are typically 20,000 times larger than the distance from the Earth to the Sun and for the models to be realistic, they need to contain enough gas so that many stars can be born in clusters with hundreds of stars.

“At the Centre for Star and Planet Formation we have developed a unique new method that can concentrate the computer calculations around newly formed stars and include both the small and large scales. Typically, a model will only include a simple description where temperature, pressure and velocities are calculated. But with PRACE and access to world-class computing power it will also be possible to calculate the chemistry in the cloud and for example study how and where water is formed and transported from the original cloud and down to the newly formed stars. The models will be the most realistic ever created of star-forming regions and the data will be compared with observations from the large European ALMA telescope in close collaboration with astronomers from NBI,” explains Troels Haugbølle.

The project will help the researchers to better understand how stars form in our Milky Way and even if the calculations ‘only’ take a year, the analysis of the large amounts of data will keep the researchers busy for the next few years. 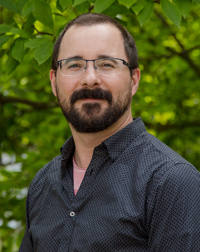 Since antiquity we have only known a handful of planets, all orbiting our own star, the Sun. However, in the last twenty years with the help of the satellites Kepler and CoRoT as well as telescopes on Earth, researchers have discovered several thousand so-called exoplanets orbiting distant stars in the Milky Way. “When looking closer at the exoplanet systems it becomes clear that our own solar system is perhaps not quite so typical and there are a multitude of different types of planetary systems around other stars. The understanding of how these systems form and evolve is one of the most active areas of research in astronomy,” explains Oliver Gressel.

If you look out in the universe you only see a snapshot in time, but which physical processes are responsible for the formation of stars and planets – and how long does it take? Computer simulations can help us to answer this. Oliver Gressel makes realistic computer models of protoplanetary accretion discs of dust and gas orbiting newly formed stars where new planets are being born. Newly formed planets interact with the accretion disc, which can both open gaps in the disc and cause the planets to move.

Oliver Gressel explains that until now researchers have only been able to study planet migration over short time periods, but with better computer models and international processing power from PRACE, they will be able to follow an entire planetary system over the first millions of years, when the architecture of the planetary system is finalized. The questions are what determine the properties of an exoplanet system? - is it where the planets are born? – or where they are brought to in the interaction with the accretion disc and how does it happen? They expect to be able to contribute important new knowledge to help answer these questions.