Anja C. Andersen has been appointed at the Niels Bohr Institute as Denmark’s first Professor for the Public Understanding of Science and Technology, with the task of stimulating public interest in, and enthusiasm for, science.

The professorship is the first of its kind in Denmark with the professor intended to be simultaneously an outstanding communicator of science and an active researcher with a scientific portfolio equivalent to other professors at the university, roles perfectly filled by Anja C. Andersen. 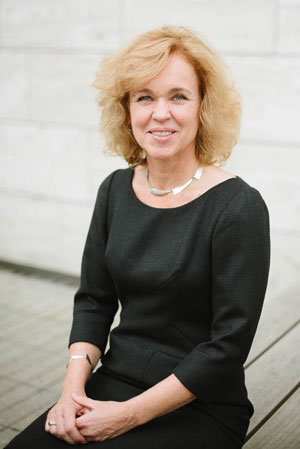 Anja C. Andersen has been appointed Denmark’s first Professor for the Public Understanding of Science and Technology.

The professorship is designed to offer a platform for the professor’s combination of scientific depth and ability to engage effectively with different audiences in order to enhance the understanding, credibility, and appreciation of the importance of the natural sciences among the general public, and to communicate the fascination and joy of science, especially with a view to increasing the uptake of technical and natural science education among young people.

The professor’s special role is to engage and challenge society as a whole, with a special emphasis on children and young people, by arousing their curiosity to understand the natural and technological world that surrounds us, from everyday life to the extremes of the cosmos.

Anja C. Andersen was appointed lecturer at the Niels Bohr Institute in 2005 after employments at the Nordic Institute for Theoretical Physics in Copenhagen, at Uppsala University in Sweden, and at the Friedrich Schiller University in Jena, Germany. Her research has focused primarily on cosmic dust in stellar envelopes and in interstellar clouds.