What causes superconductivity? It will take legwork!

With a grant of 5,662,844 DKK from the Danish Council for Independent Research, Brian Møller Andersen, associate professor in condensed matter physics at the Niels Bohr Institute at the University of Copenhagen, will have the opportunity to try to understand the superconducting properties of iron-based superconductors. Superconductivity is a phenomenon with enormous application potential, but there is still a ways to go before it is explained. As so often before, the legwork will be done by the researchers

Brian Møller Andersen’s research group works with theoretical condensed matter physics and more specifically, researches the electronic properties of different materials. The project for which the grant was awarded concentrates on the magnetic and superconducting properties of materials. In some materials, the electrons interact strongly with one another and one of the challenges is that we do not yet have a good, unifying explanation of the phenomenon. “We lack a controlled theory that can quantitatively explain when superconductivity or magnetism occurs. The two phenomena should be “foes”, but in some systems magnetism must exist for superconductivity to occur – and vice versa,” says Brian Møller Andersen.

A lot of experiments have already been done, so there is data to work with, but we are still missing a unifying explanation of the phenomenon. “Our task will be to create realistic models of interacting electron systems that have superconducting order,” explains Brian Møller Andersen.

The magnetic fluctuations or lattice motion

An electron has a charge and a “spin”. The spin of an electron can connect to the spin of another electron. Thus, spin waves can be created through the system of electrons. The same applies to the atomic lattice in which the electrons are located. The atoms can also move and can thus actually give rise to superconductivity through their lattice fluctuations. The latter is the mechanism of ordinary superconducting metals. But in this project the researchers are pursuing the magnetic fluctuations in the spin of the electrons as a possible mechanism for superconductivity in new materials. It is known that certain new materials have nothing to do with the “ordinary” superconducting effect, so it is a new field that Brian Møller Andersen’s research group is moving into. 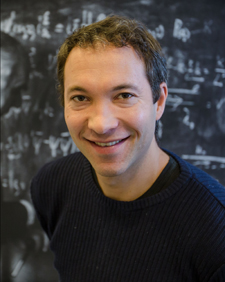 High-temperature superconductivity, which is another element of the project is not in itself a new field. Something new in the grant from the Danish Council for Independent Research is the goal of making a realistic model for multi-orbital systems. For an electron is not just an electron. Electrons can be in different orbital states and thus have different spatial extents. If you come out in a d-shell, there are, for example, five different electrons that have a different spatial extent. “The multi-orbital effect seems to be a new effect for the materials we are studying, namely the iron-based superconductors. We are quite convinced that there will be exciting new interactions that could create new forms of superconductivity when we get the opportunity to dive deeper into the material. That is the goal of this project,” explains Brian Møller Andersen.

The project offers the opportunity to hire a postdoc for three years, as well as a PhD student. It also includes a very important guest programme, where top researcher Peter J. Hirschfeld from the University of Florida has already been invited to work with the condensed matter physics section for six months here in Copenhagen.