Georgios Magdis at Cosmic DAWN Center, a collaboration between the Technical University of Denmark, DTU-Space and the Niels Bohr Institute, University of Copenhagen, used his Villum Young Investigator grant to investigate the history of our Universe till app. 10 billion years ago. With his Villum Young Investigator Plus, he will be able to look even further into the past, to the first few billion years of galaxy evolution, using data from the Atacama Large Millimeter Array (ALMA) and the James Webb Telescope. The grant period is 3 years and will support a PHD student and a postdoc. 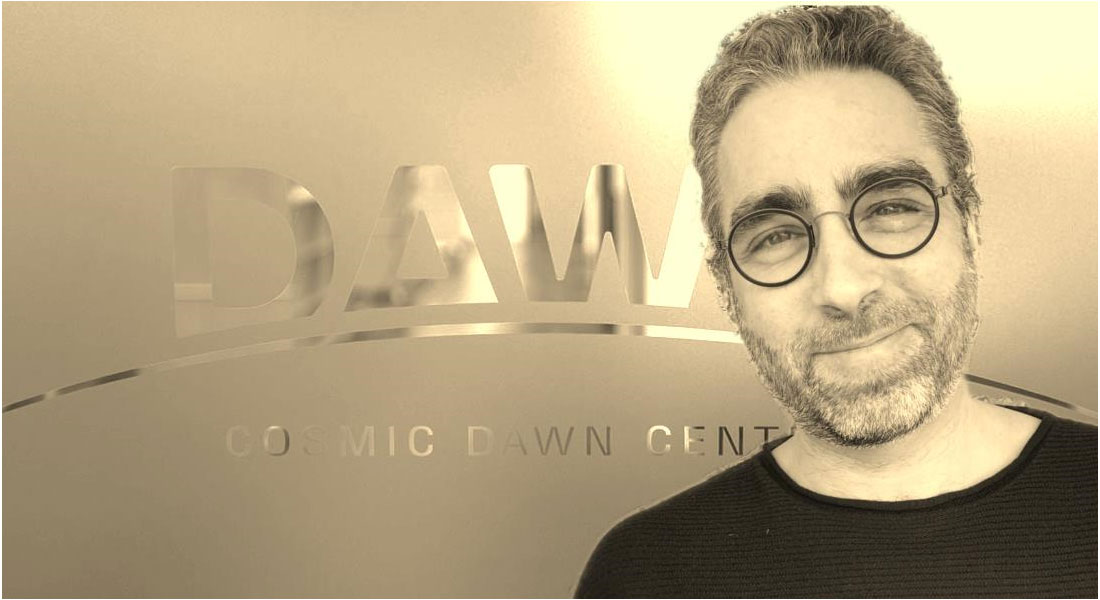 Galaxies as the building blocks of our Cosmos

Galaxies are the cosmic beacons of an otherwise dark Universe. They are a bit like living organisms – they go through a life cycle of formation, growth, evolution and eventually death. Galaxies grow by converting their interstellar gas to stars. And when the stars die they spread the elements of the periodic system to the surrounding environment. These are actually the elements that planets, molecules and eventually life, are all made off. So the secrets of our cosmic origins, are hidden within the life cycle and evolution of galaxies.

To this end, astronomers have been using telescopes as time machines, by looking out into the Universe at ever increasing distances, and therefore also looking further back in time. So astronomy has had a lot of success in understanding the history of the galaxies, up to approximately 10 billion years ago, but unfortunately lack the instruments to go further back and explore their beginning, approximately 13.8 billion years ago. “These remaining 3 billion years of cosmic history are crucial”, says Georgios Magdis. “This is the period where everything happens, this is the genesis, this is where the galaxies first form and their evolution ”kicks off”.

The James Webb Space Telescope (JWST) and the Atacama Large Millimeter Array (ALMA) observe light in different wavelengths. This combination enables Georgios Magdis to venture into the first billion years of cosmic history, as JWST has unparalleled capabilities to detect starlight from the first galaxies and ALMA can capture the light emitted by their glowing dust and gas. JWST is the new flagship space telescope by NASA and ESA and is due for launch in the autumn of 2021, eagerly awaited by Georgios Magdis. Until then, he, his group, and his colleagues at the Cosmic DAWN Center are heavily involved in ongoing projects with ALMA, which is Earth based. The final goal of his project is to be able to write a coherent and holistic story of galaxy evolution, as it is for many other research projects. Georgios Magdis is modest in this respect: “a single scientific project will not be able to answer this. Science often works in the way that the more questions you answer, the more questions pop up in the process. So a more realistic overview of this project’s goal would be to be able to chart some of the very early galaxies and understand their nature – to push the frontier and open a window to our “Cosmic Morning”.