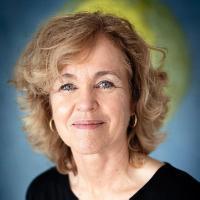 Research:
Astrophysics of dust. Cosmic dust particles play an important role for the thermal, dynamical and chemical conditions in many astrophysical environments, especially for the star and planet formation process and the late stages of stellar evolution. Dust particles determine the spectral appearance of proto-stars as well as of evolved stars with circumstellar envelopes, and they also dominate extinction curves of galaxies.

Teaching:
Have taught at both undergraduate and graduatelevel at University of Copenhagen and Uppsala University. Currently teaching a BSc courses on Stellar Structure and Evolution and a general astronomy course for non-physics majors Astronomy. Have previously taught a MSc course on Compact Objects and Relativistic Astrophysics.

Appointments to boards and learned societies:
2013 – Governing Board of the University of Copenhagen (KU bestyrelse).
2013 – Chair of the board of Directors of the Danish Copenhagen University Extension (FolkeuniversitetetKøbenhavn)
2013 – Board member of Dr.N.P. Wieth-Knudsen Fondet
2010 – Danish National SpaceBoard (Det Nationale Rumudvalg)
2010 – Board member ofBergsøe Fondet (chair since 2016)
2007 – Elected to the Academyof Technical Sciences (ATV), Denmark
2010 – 13 ESA’s Astronomy WorkingGroup (AWG)
2008 – 13 Advisory Board of the Technical University of Denmark (DTU-repræsentantskab)
2008 – 13 Advisory Board for DTUSpace
2006 – 15 Board member of DanishScience Factory, deputy chair since 2013
1995 – 03 Chair of the DanishNetwork for Women in Physics (KIF)

Community service:
Often used as refereeby a diversity of the major relevant journals. Referee on average 1–2 papersper year. Regularly used (2–4 times per year) as an evaluator by variousnational research foundations for grant proposals, as well as by the EuropeanSouthern Observatory for evaluation of observing proposals. Have also severaltimes served as an external expert in relation to various European Universitieshire of associate professors.

Editorships:
Volume 4 of The International Journal of Astrobiology (2005)
Proceedings of Science: The Life Cycle of Dust in the Universe:Observations, Theory, and Laboratory Experiments (2014)