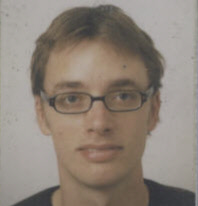 Peter Lodahl (PL) is professor in quantum physics and technology at the Niels Bohr Institute and Director of the Hybrid Quantum Networks Hy-Q Center of Excellence. PL received a PhD in quantum physics in 2000 from University of Copenhagen and subsequently held postdoc positions at Caltech and University of Twente. He was the first to demonstrate that light emission can be fully controlled by the use of intricate photonic nanostructures. This fundamental principle ultimately enables a full deterministic quantum interface between light and matter, which PL subsequently has exploited after founding his own research group in Denmark in 2005. His group develops fundamentally new quantum hardware for the emergent field of quantum-information science such as: deterministic single-photon sources, spin-photon interfaces, and photonic quantum gates. The application areas include quantum simulators, quantum repeaters, and quantum key distribution towards the ultimate vision of a quantum internet.
PL is the recipient of the ERC consolidator grant (2010), ERC advanced grant (2015), and the EliteForsk Award for 2016. He has published 110 publications in leading scientific journals, given 150 invited colloquia and conference talks, holds 5 patents on photonic quantum technology, and co-founded a quantum-tech start-up company. He is an elected member of the Royal Danish Academy of Sciences and Letters.