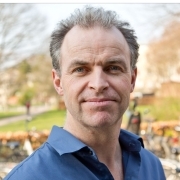 My research is mainly focused on quantum many-body theory for solid state systems, such as superconductors and magnets. A central theme in my research has been low-temperature electron transport through nanoscopic quantum dots and single molecule junctions, with a special emphasis on strong correlation effects in systems out of equilibrium. This work is done in close collaboration with the experimental groups, both at NBI, and abroad. Other research interests include strongly driven interacting many-body systems,  frustrated magnetism, and quantum hybrid materials.