In 1992, Jens Martin Knudsen received a fax from the geologist Robert Hargraves from Princeton University informing him that the two had been asked to prepare an official proposal for a magnet experiment for a future Mars mission. 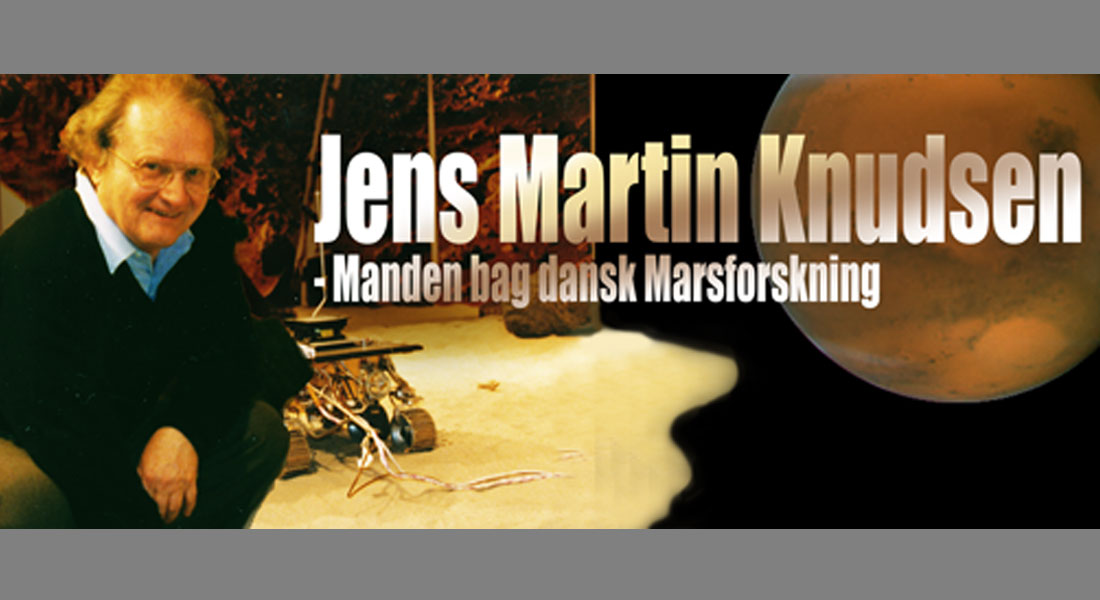 Over the course of just three weeks, Hargraves, Jens Martin Knudsen and the other physicists Lise Vistisen and Morten Bo Madsen from Niels Bohr Institute and a graduate student, Stubbe Faurschou Hviid, put together a proposal for a relatively simple experiment for use in conjunction with NASA's plans for future Mars landers.

During the intensive test experiments, they discovered that the experiment would be a much richer source of information about the mineralogy of the surface dust than they had previously imagined.

The experiment was to collect magnetic dust particles on permanent magnets of different strengths and to study the patterns of the particles the magnets attracted using a camera.

Jens Martin Knudsen travelled from Denmark and Robert Hargraves travelled from Princeton to NASA Headquarters in Washington DC, where the idea was to be presented.

The presentation was a success and it opened up new opportunities for them both.

After the collapse of the Soviet Union, NASA began to search for opportunities to help keep Russian space research going. This included preventing Russian space researchers from being offered jobs in Iran, for example, and NASA then had an idea to contribute financial support for a planned Russian Mars mission called Mars-94.

The plans already contained an experiment developed by NASA Ames – an experiment to study the oxidation conditions of the Martian soil – and Jens Martin Knudsen and Robert Hargraves' magnet experiment was therefore factored into the plans as the second American experiment on the mission.

On of those present during the presentation of the idea for NASA was the astronomer and planetary physicist Steven Squyres. At the time, he was working on a project to develop a very robust camera for small planned American mission to Mars called MESUR Pathfinder.

The idea was that this mission would be a 'trial balloon' for a series of small missions that would form a small network on the surface of Mars.

Steve Squyres really liked the idea of simple magnet experiments that would increase the scientific return of the images taken by the camera. As a result, Jens Martin Knudsen and his research group received an invitation to become part of Steven Squyres' camera team shortly after the meeting.

This meant that the little research group in Copenhagen was now involved with two planned missions to Mars, but in the meantime, several things happened that completely changed the situation for the project ...

The camera is put to tender

Everyone on the team was still confident as the camera that was under development was extremely robust and there was no doubt that it would be well suited for a mission in which a brand new landing technique would be put to the test – that is landing using airbags instead of the braking rockets that had previously been used.

It was a requirement of the AO that the camera had to be developed, built and calibrated for a total amount of no more than five million dollars – and factored into this was a relatively large security margin, which meant that if the costs looked like they were approaching the upper limits, then a series of planned downgrades would immediately take effect.

In addition, the contract that NASA had worked to put into place with the Russians was suddenly cancelled. The consequence was that there were no longer plans for American (and thus American/Danish) experiments on board the Russian Mars-94 mission.

Thought they lost their chance to participate

Finally, the results of NASA's camera tendering arrived and unfortunately the result was that NASA had chosen a different camera supplier than Steve Squyres. This led the Danish Mars Group to believe that their participation was over.

But a new player came onto the field, namely Peter Smith from the University of Arizona and by virtue of an alliance with the Max Planck Institute in Germany, which supplied the photosensitive elements (the CCDs) and the associated electronics at a cost of about three million dollars, the Arizona group was able to develop a much more advanced camera with the potential for much greater scientific return at the same cost for NASA.

NASA Headquarters asked Peter Smith to collaborate with the Danish research group at the Niels Bohr Institute on magnet instruments as supplement to the camera. Peter Smith embraced the Danes and thus the Danish magnet experiments were once again included in the plans for the Mars Pathfinder mission.