In the mid-1970s, Jens Martin Knudsen began to read about at NASA's Viking missions to Mars and it inspired him to carry out a series of innovative experiments that caused a stir when he talked about them. Still, it would take 10 years before NASA heard about the ideas and the path to Mars was cleared for the popular scientist. 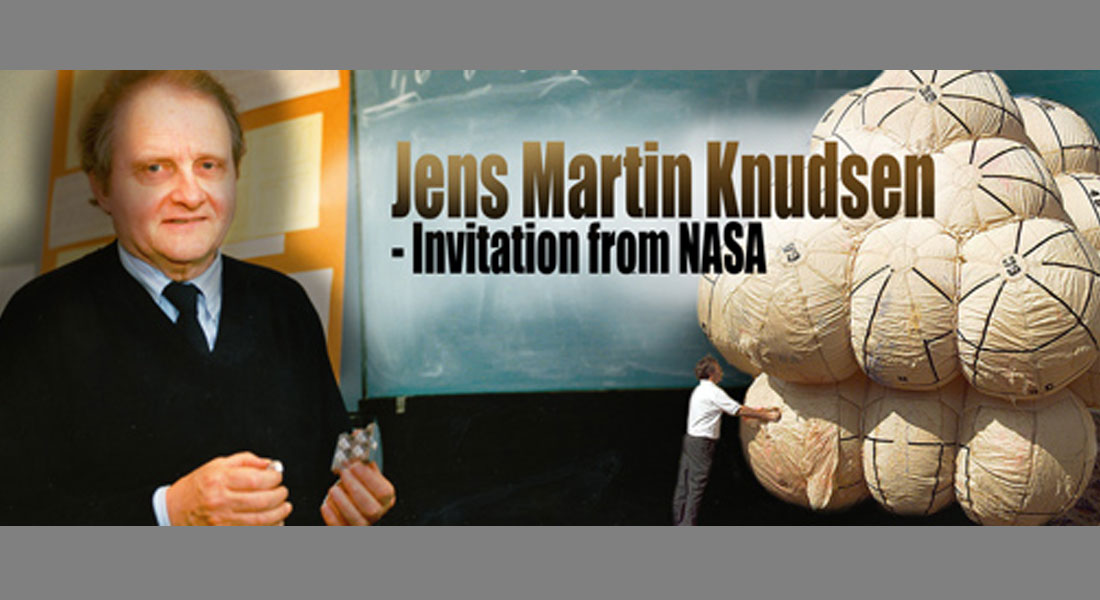 In the late 1970s, NASA carried out the ambitious Viking missions to photograph Mars and study the planet's surface. Each of the two Viking landers carried two different sets of magnets to investigate the airborne dust and the iron-containing soil on Mars.

One set of magnet was only exposed to airborne dust, while the other magnets were mounted on a small plate on the shovel on the arm that gathered samples from the surface.

The purpose of the magnets was to determine if there were magnetic minerals in the Martian dust and surface soil and the tests showed that both the dust and the surface soil actually contained a rather large percentage of magnetic material.

This would otherwise tell a lot about the history of the planet and whether, for example, there had previously been liquid water and thus the potential for life.

Jens Martin Knudsen read about the experiments and analyses they had not yet had the opportunity to carry out and it inspired him to design a whole series of new experiments that could be done both in laboratories and on Mars. The experiments would, if they were realised, provide further understanding of the mineralogy of the dust and soil on the surface of the red planet.

Analyses had shown that the element iron is more common on the surface of Mars than it is on Earth. Not surprisingly, Mössbauer spectroscopy emerged as an obvious approach.

This meant that by using Mössbauer spectroscopy, it would be possible to clearly and simply identify a whole range of iron-containing minerals, which are of interest for understanding the history of the Martian surface.

Jens Martin Knudsen therefore spoke at great length about the technique's advantages in relation to mineralogical analyses on the surface of Mars and this led to invitations to several international workshops and conferences.

Here he talked about the potential of the technique – not only on the surface of Mars, but also more broadly in the study of the formation and evolution of the Solar System – and also for studying the formation of life itself. He awoke enthusiasm.

A simple and inexpensive experiment

Jens Martin Knudsen always made a big impression on people who met him – and by chance, a few scientists from NASA were present at a meeting of the European Space Agency, ESA, where Jens Martin had been asked to talk about Mössbauer spectroscopy.

The two researchers were so fascinated by what Jens Martin Knudsen talked about that they invited him to California, where he would tell them about the technique at a meeting at Jet Propulsion Laboratory.

He used the last five minutes of his, as always, well prepared 45-minute lecture to describe an idea for a simple magnet experiment, which would be a kind of expansion of the magnetic experiments on the Viking missions.

It was a simple and inexpensive experiment that would collect magnetic dust particles on permanent magnets of different strengths and study the particles with a camera.

This immediately captured the Americans' interest and they asked Knudsen what they had to do to get this experiment realised. The modest Jens Martin Knudsen then referred them to Robert Hargraves from Princeton University, New Jersey, as he had been the head of the magnet experiments on the Viking landers.

Several weeks after the lecture, Jens Martin Knudsen received a fax from Robert Hargraves. In the fax was the line: "We have been asked by NASA Headquarters to prepare an official proposal for a magnetic properties experiment for a Mars-94 lander."

It took the better part of a day to convince Jens Martin Knudsen that the little word "we" in the text also included him, but eventually he had to admit that this was what it meant.

Life on Mars – a look back