In the middle of the 1920s Niels Bohr and his team really went to work to formulate the principles of quantum mechanics. His original atomic model from 1913 described the movement of electrons as point particles that moved along fixed orbits, but this classic approach was in conflict the general properties of the atoms, particularly their behaviour in crystals and chemical compounds.

In 1925, Werner Heisenberg formulated an entirely new theory with his development of matrix mechanics. The following year, Erwin Schrödinger developed wave mechanics based on Louis de Broglie’s hypothesis of the wave properties of particles. Werner Heisenberg’s described particle as particles, while Erwin Schrödinger’s theory described particles as waves and many physicists travelled to Copenhagen to consult with each other over this puzzling contradiction. Discussions were held in large and small meetings, sometimes with two or three participants or at dinner with the Bohr family.

Towards the end of 1927, the differences of opinion converged to a consensus based on Niels Bohr’s principle of complementarity, which holds that a physical phenomenon is observed in two different ‘complementary’ ways depending on the experimental setup. For example, light could sometimes behave like waves and other times like particles. Both images were necessary to obtain a complete description of the phenomenon, even though they excluded each other. 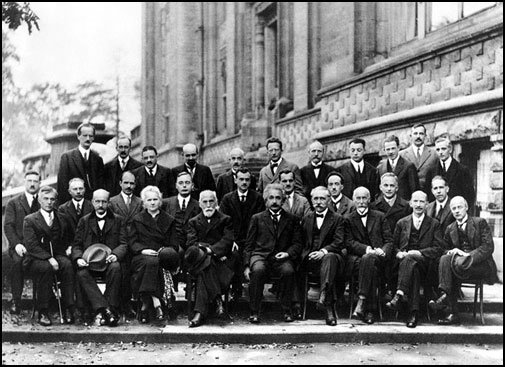 The Solvay Conference in October 1927 where the world’s most famous physicists met to discuss the new quantum theory. Of the 29 participants, 17 were or became Nobel Prize winners. 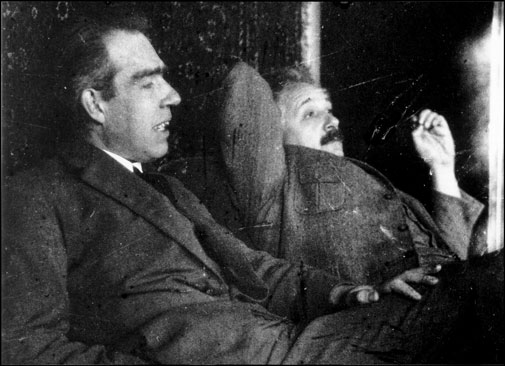 Niels Bohr’s debates with Albert Einstein at the Solvay Conferences include some of the most intense and deep exchanges of views on physics and its philosophy in the twentieth century. Again and again Albert Einstein presented thought experiments that disproved the Copenhagen Interpretation. Each time Niels Bohr slept on the problem and by the following day he could ingeniously contradict Albert Einstein’s objections. On one occasion he even used Albert Einstein’s own general theory of relativity for the purpose.