When quantum physics described how electrons distribute themselves in different energy levels around the atom's nucleus, researchers understood, among other things, how to make transistors - information technology's nerve cells.

The transistor's story begins long before the computer. At the beginning of the 20th century it was becoming common to use electricity for lighting and to run machines. At that time, physicists knew that it was good to make wiring out of copper. But they did not know why electricity flows through some materials and not through others.

In 1913 Niels Bohr published his atomic model and then it became clear what was happening in a conductor. The atoms in some substances have a lone electron which sits farther away from the nucleus than other electrons. The outer, lone electrons can easily pull loose and create an electrical current in the metal.

In the early 20th century physicists and engineers were also working to improve the radio. Already by the end of the 1800s Hertz, Marconi and other physicists were beginning to send radio signals, but they would lose strength along the way and reached no farther than a few kilometers. The waves could be picked up using a crystal, which was built into old-fashioned radios.

Vacuum tubes are also called electron tubes and their appearance reminds one a little of a clear incandescent lamp.

But the radio signals are very weak. And the radio was not very effective before the vacuum tube was invented. It could amplify the sound a lot by using the weak, electrical signal from the radio wave to produce a second, stronger signal. The signal, that hits a radio antenna, needs to be amplified between 100 and 1,000,000 times before we can hear the radio channel in the radio speakers.

But the vacuum tube was impractical; they used too much power and got too hot, they took up too much space, were too expensive, and broke often. As a result, researchers worked to find a better way to strengthen the signal.

Now that it was known why electricity was conducted through some materials, work could be more focused. In the Bell Laboratories researchers were also looking for a solution to the amplification problem through the 30s and 40s, without results. But the three researchers Brattain, Bardeen and Shockley continued to experiment with different materials and methods and eventually they figured out how to amplify an electrical signal in an easy and effective way. In 1948 they presented their new invention: the Transistor.

Brattain, Bardeen and Shockley had discovered that they could use what we call semiconductors. A semiconductor is a material which does not actually have any loose electrons, which can form a current. But it has been contaminated a little bit with two different kinds of substances. The one substance has loose electrons and the other substance attracts them. It was such a material, the crystals in the old crystal in the old crystal appliances were made of. 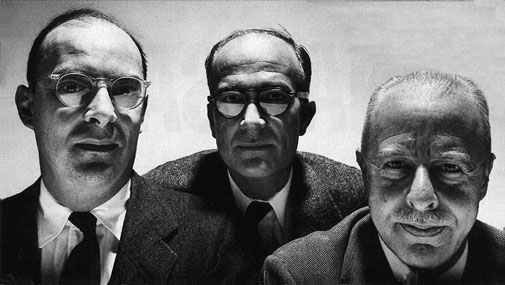 If you make a plate out of two layers of crystal, which are contaminated by their own substance, and set a small wire on each side, the crystal can then conduct electric current in one direction. This is what is called a diode. If you set two diodes together, so that they go in opposite directions, so electric current can only run through them if it is triggered by a small current, which runs through the middle of the crystal. That is why a transistor always has three small wires, or pins. The strong current flows through the two outer pins, but only when the middle pen receives a small electrical signal. Therefore, the strong current turns on and off in sync with the weak signal and thus becomes a stronger copy of the signal. In this way, the tiny radio signal can direct the current needed to produce sound in the radio

From expensive to extremely cheap

In the beginning the crystals in transistors were made of germanium and the small pins of gold. The material was expensive and in addition, the transistors were made by hand, so they were very expensive; in today's money they would cost more than a thousand crowns each. Now transistors are usually made of silicon. They cost less than a crown a piece and when they sit together in computer chips they are even cheaper.

Transistors have also gotten smaller over the years. There are already transistors so small that they can only be seen with a microscope. But researchers are trying to manufacture transistors that are even smaller; they want to make transistors which are comprised of a single atom each. If successful, it will be possible to make an entirely new kind of computer.