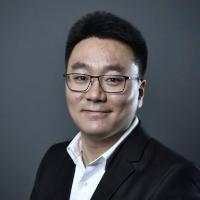 Dr. You Zhou is an experimental high-energy nuclear physicist at the Niels Bohr Institute, University of Copenhagen. Since 2010, he has been engaged in studies of Quark-Gluon Plasma using the Large Hadron Collider at CERN, mainly using the extraordinary phenomena of anisotropic expansion of the created particles to probe the properties of the QGP. He has been one of the most productive ALICE members in terms of the number of primary author publications, and also contributed to many theory papers, together with leading theoreticians. His research received multiple funding supports from Carlsberg Foundation, Villum Foundation, and Independent Research Fund Denmark (DFF-Sapere Aude).

Dr. You Zhou is also enthusiastic about teaching and supervision at the University of Copenhagen. He supervises students from the first-year bachelor project to the Ph.D. projects. He is also giving many lectures both at NBI and the international schools.