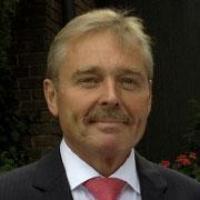 Professor Jens Jørgen Gaardhøje is an experimental high-energy nuclear and particle physicist based at the Niels Bohr Institute, University of Copenhagen. Over the course of his career he has studied nuclear reactions at energies that have gradually increased a million times at accelerator facilities around the world. He is currently engaged in studies of the Quark Gluon Plasma using the Large Hadron Collider at CERN. He was for 10 years co-leader of one of the 4 experiments at the first nuclear collider, RHIC, at Brookhaven National Laboratory and he is presently a member of the management of the ALICE experiment at CERN, one of the 4 large experiments at the LHC He was for 16 years president of the science commission of the Danish UNESCO National Commission and has served on the Danish Research Council for Natural Science. He is presently vice-president of the Council of CERN, Geneva.