Abrupt Climate Change: The View from the Past, Present and Future 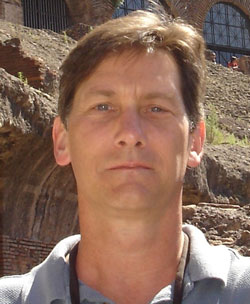 Abstract: Climate is changing as humans put more and more greenhouse gases into the atmosphere. With CO2 levels around 400ppm today, we are committed to even more climate change, both in the near term, and well beyond our children’s future. A key question is how that change will occur. Abrupt climate changes are those that exceed our expectations, preparedness, and ability to adapt. Such changes challenge us economically, physically, and socially.

This talk will discuss abrupt change, as seen in the past in ice cores, as seen today, and what may be coming in the future.

About  Jim White: My research interests are broad, but all revolve around the use of environmental stable isotope ratios. I operate and maintain a laboratory for the analysis of stable isotope ratios of carbon, hydrogen, nitrogen, oxygen and sulfur. My specific areas of research include modeling the global carbon cycle using isotope ratios in atmospheric carbon dioxide and methane, development of techniques for measuring isotope ratios in atmospheric gases, reconstructions of paleo-environmental conditions using isotopes in ice cores, reconstructions of past environments from isotopes in organic materials, and tracing of ground water flow and recharge. I have been a member of several deep ice coring projects in Greenland (GISP2, NorthGRIP, and NEEM) and Antarctica (Siple Dome and Inland WAIS). I am also an affiliate of NOAA and work closely with the Carbon Cycle Group there.

Starting in the late 1980’s, my ice core research has helped to show that large climate changes tend to occur in the natural system as abrupt and rapid shifts in mode probably driven by internal adjustments in the Earth climate system, rather than slow and gradual adjustments to changing external conditions, such as the amount of energy received from the sun. Shifts of more than 10˚C in mean temperature in less than a human lifetime are common in the paleoclimate record, and serve as a warning that adaptation to future climate changes may not be easy. My research in isotopes in the carbon cycle has also helped to show that land plants are capable of removing large amounts of carbon dioxide from the atmosphere, amounts that equal our input of CO2 from fossil fuel burning on short time scales. Such large changes in the uptake of CO2 by plants is a key piece in the puzzle we must solve to formulate workable policy on CO2 levels and climate change.