The Discovery of the Cosmic Microwave Background in Its Historical Context 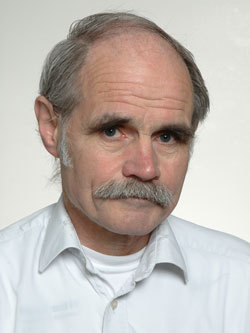 Abstract: On 21 May 1965 the New York Times announced on its front page the discovery of the cosmic background radiation, generally seen as a turning point in the development of modern cosmology comparable to the discovery about 1930 of the expansion of the universe.

The history of the primordial microwaves is no less remarkable than the later consequences and understandable only within the larger framework of the history of cosmology since the 1930s. It is a story of missed opportunities and rival views of the universe.

The lecture will present and discuss some of the historical, philosophical and sociological problems related to the discovery.

Helge Kragh was appointed emeritus professor at the Niels Bohr Institute, starting on 1 March 2015. He is former professor of history of science at Aarhus University (and before that at the University of Oslo and Cornell University).

He holds two doctorates, one in science and another in philosophy. His publication list includes more than 600 items, written for specialists as well as the general public. It includes substantial books on topics such as the history of cosmology, the history of quantum physics, Niels Bohr and P.A.M. Dirac.

Most of his research is in the history of post-1800 physics, chemistry, astronomy and cosmology. He also works on the relations between science and religion.