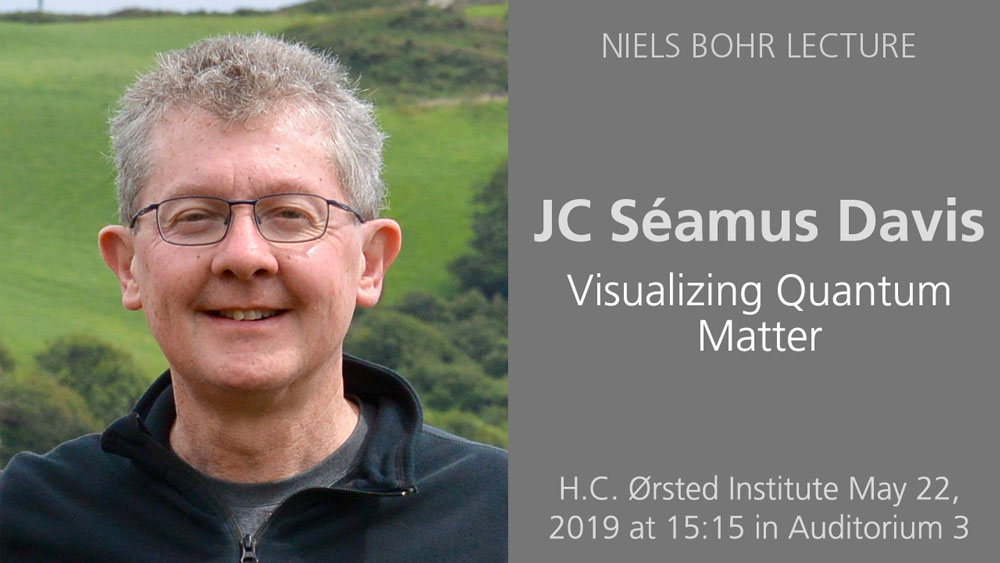 Abstract: Information technology including computing, communication, encryption and the internet are anticipated to become wholly quantum mechanical as part of the emerging second quantum revolution. Global IT corporations such as Google, Microsoft, IBM and Intel are investing intensively in a race to achieve dominance in the new field of quantum technology (QT). Three interrelated elements are critical to QT: quantum information, quantum devices, and the quantum materials from which they will be fabricated.

In this regard, direct visualization of electronic quantum matter at the atomic scale is a uniquely powerful technique. In this talk I will describe the development of new instruments and techniques for visualizing quantum matter. As examples, we will visually explore the previously unseen and very beautiful states including Kondo and Hund Metals, Electronic Liquid Crystals, Quantum Anomalous Hall States, and Electron-pair Crystals. Time permitting, I will discuss the implications of the general capability to visualize quantum matter, for fundamental physics research and also for advanced materials and new Technologies.

Séamus Davis’ active research interests are in the macroscopic quantum physics of emergent quantum matter including studies of superconductors, superfluids, supersolids, Kondo, Weyl and Hund metals, topological condensates, and spin & monopole liquids. His work has been recognized by the Outstanding Performance Award of the Berkeley National Lab. (2001), the Science and Technology Award of Brookhaven National Lab. (2013), the Fritz London Memorial Prize (2005), the H. Kamerlingh-Onnes Memorial Prize (2009), G.B Moore Foundation Investigator Award (2014), and the Science Foundation Ireland - Medal of Science (2016). Davis is a Fellow of the Institute of Physics (UK), the American Physical Society (USA), and a Member of the US National Academy of Sciences.