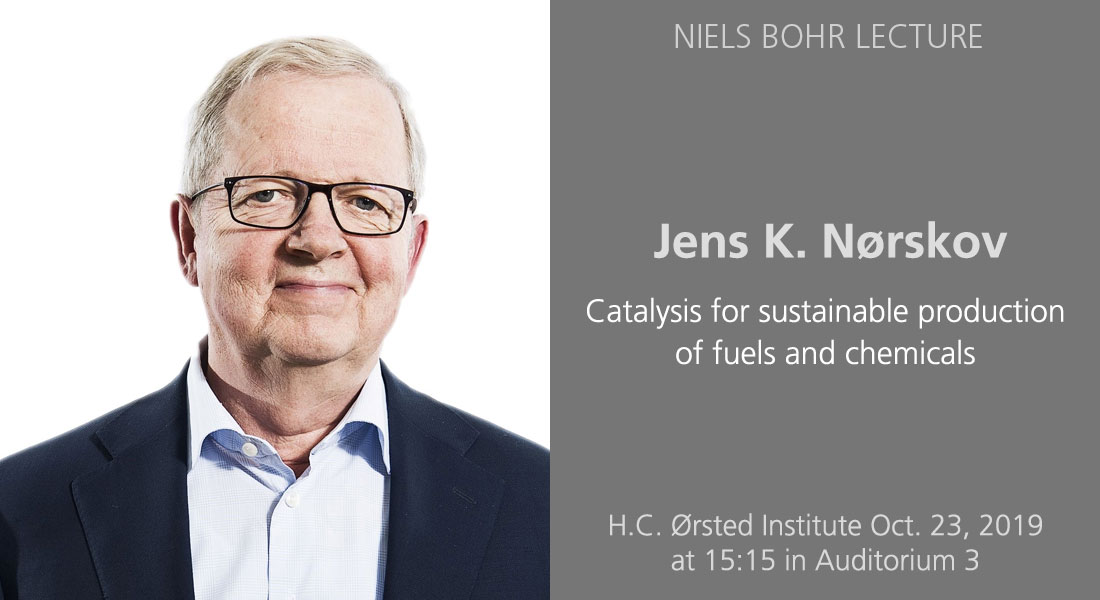 Catalysis for sustainable production of fuels and chemicals

Abstract: The development of a sustainable energy system puts renewed focus on catalytic processes for energy conversion. Electricity production from solar and wind is becoming economically competitive but we need to be able to store energy from these intermittent sources. Storage in the form of chemical bonds as fuels is very attractive, but converting electrical into chemical energy efficiently will require completely new catalytic materials. Insight into the way the catalysts work at the molecular level may prove essential to speed up the discovery process.

The lecture will outline a theory of heterogeneous catalysis that singles out the most important parameters determining catalytic activity and selectivity. I will use nitrogen reduction to ammonia as the main example and discuss the possibility to find sustainable alternatives to the well-known Haber-Bosch process.

Jens Nørskov received his PhD in physics from the University of Aarhus in 1979. After postdoc positions at the IBM T. J. Watson Research Center, Nordic Institute for Theoretical Physics (Nordita), and Århus University and holding a staff position at Haldor Topsøe A/S he joined the Technical University of Denmark as a professor of physics in 1987.

In 2010 he became the Leland T. Edwards Professor in the School of Engineering, Stanford University, and in 2018 he returned to the Technical University of Denmark as the Villum Kann Rasumussen professor. He is currently chairing the Danish National Research Foundation. His research aims at developing theoretical methods and concepts to understand and predict properties of materials. He has received a number of awards including the Niels Bohr International Gold Medal, the European Inventor Award from the European Patent Office, and the Irving Langmuir Award from the American Physical Society. He holds honorary doctorates at the Technical University of Eindhoven, the Norwegian University of Science and Technology, and the Technical University of Munich and he is a member of the Royal Danish Academy of Science and Letters, the Danish Academy of Engineering (ATV), and a foreign member of the US National Academy of Engineering.