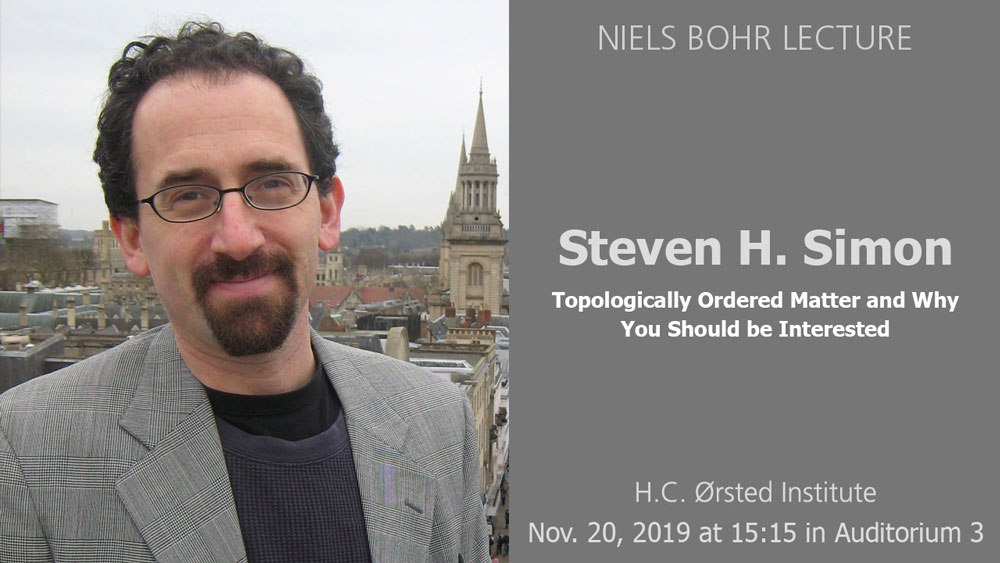 Topologically Ordered Matter and Why You Should be Interested

Abstract: In two dimensional topological phases of matter, processes depend on gross topology rather than detailed geometry. Thinking in 2+1 dimensions, particle world lines can be interpreted as knots or links, and the amplitude for certain processes becomes a topological invariant of that link. While sounding rather exotic, we believe that such phases of matter not only exist, but have actually been observed in quantum Hall experiments, and could provide a uniquely practical route to building a quantum computer.   Possibilities have also been proposed for creating similar physics in systems ranging from superfluid helium to strontium ruthenate to semiconductor-superconductor junctions to quantum wires to spin systems to graphene to cold atoms.

Steven H. Simon is a professor of theoretical physics at Oxford University.  Formerly a department director at Bell Laboratories, Professor Simon is interested in condensed matter physics, topological quantum effects, quantum information, wireless communications, semiconductor physics, fractional quantum Hall effect, and topological quantum computation. His current research focus is on topological phases of matter.   He is a fellow of the American Physical Society.   He is the author of a popular introductory book on solid state physics.