Geometric Frustration and Quantum States of Matter in Pyrochlore Magnets 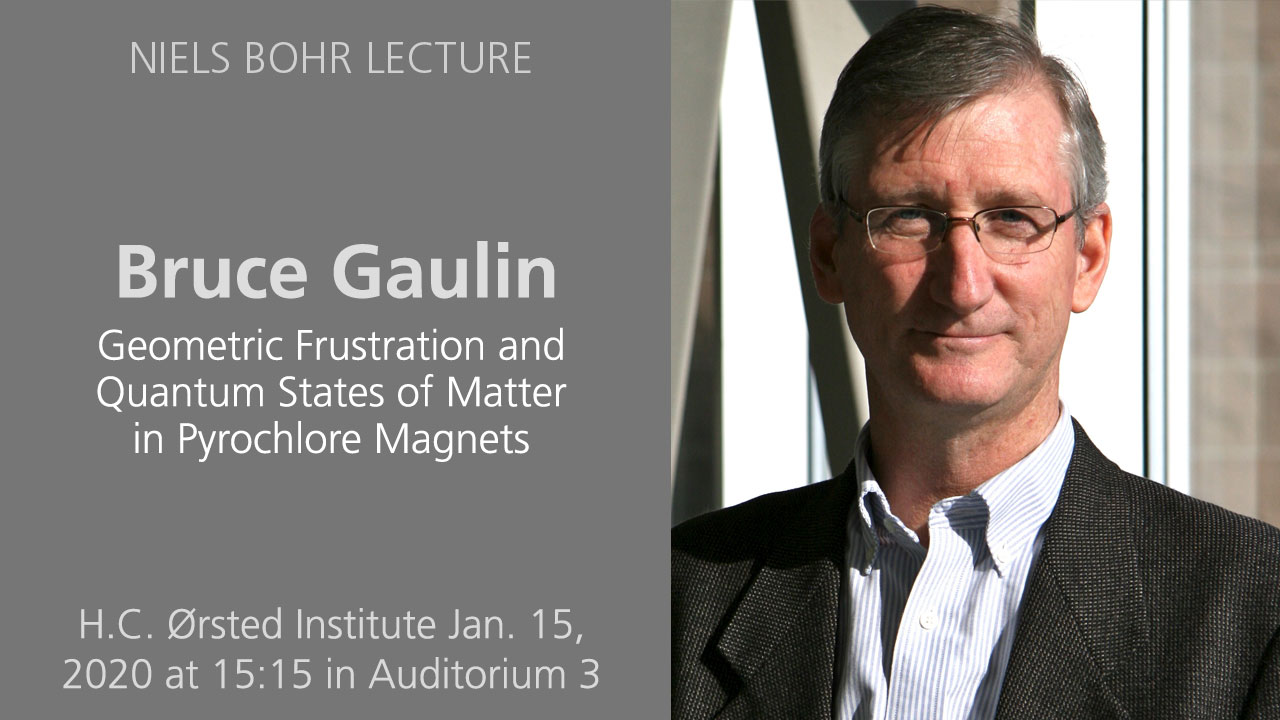 Most matter exhibits disordered states at high temperature and ordered states at low temperatures.  However competition among the interactions between the constituent atoms or magnetic moments in solids can forestall or preclude ordered states of matter, even at low temperatures, if it is sufficiently strong.  Nature provides many examples of geomerically-frustrated magnets; magnets whose crystalline architecture is based on networks of triangles and tetrahedra, where such competition can be a natural consequence of the local geometry.

We, and others, have been interested in exploring magnetic ground state selection in a family of cubic magnetic insulators, known as pyrochlores, whose magnetic moments decorate a three-dimensional network of corner-sharing tetrahedra.  Different magnetic ground states can be selected at ~ zero temperature depending on the properties of the magnetic moments themselves and the Hamiltonian which describes how these moments interact.  As I will describe modern neutron scattering techniques allow a quantitative understanding of both of these, and therefore an understanding of the exotic ground state selection in these materials.  I will illustrate these with examples related to quantum spin ice, a disordered quantum spin liquid with an emergent quantum electrodynamics, and a non-collinear ordered state which is selected by an exotic "order-by-disorder" mechanism.

Bruce D. Gaulin is Distinguished University Professor and Brockhouse Chair in the Physics of Materials at McMaster University.  Following his 1986 PhD, also from McMaster, he spent two years as a postdoc at Oak Ridge National Laboratory, before returning to McMaster as a junior faculty member in 1988.  His research interests mainly focus on the preparation and growth of new materials, and exotic ground state selection in new magnetic and superconducting materials using neutron and x-ray scattering techniques.  Gaulin is recipient of an Alfred P. Sloan Jr. Fellowship and the Brockhouse Medal (for excellence in condensed matter physics) from the Canadian Association of Physicists (CAP).  He is a Fellow of the Royal Society of Canada, of the American Physical Society, and of the Neutron Scattering Society of America (NSSA).  He previously served as President of both the NSSA (2008-2012) and the CAP (2018-2019).