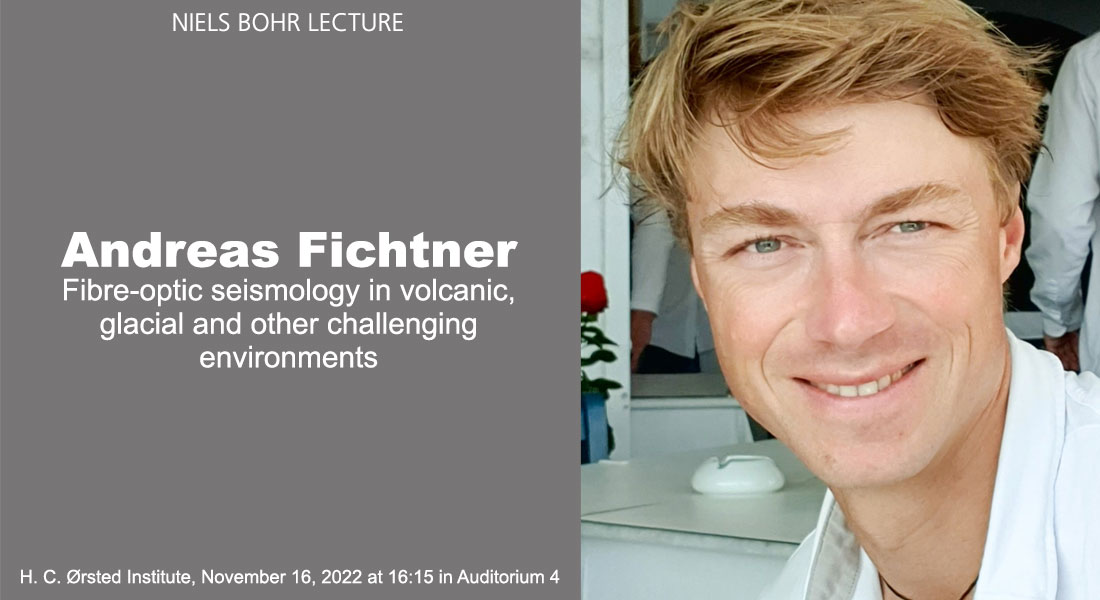 Fibre-optic seismology in volcanic, glacial and other challenging environments

Abstract: Fibre-optic deformation sensing provides new opportunities for seismic data acquisition with high spatio-temporal resolution. The relative ease of deploying fibre-optic cables, or the possibility to piggyback on existing telecom infrastructure make this technology particularly attractive for environments where large numbers of conventional seismic instruments may be difficult to install. These include active volcanoes, glaciers or densely populated urban centres.

In the first, more observational part of this talk, we will present a series of case studies where Distributed Acoustic Sensing (DAS) greatly improved the location of glacial icequakes, enabled the observation of previously unknown volcanic tremor and resonance phenomena, and increased the number of detected seismic events by two orders of magnitude – all relative to data from existing seismometer networks.

In the second, more theoretical part, we will report on the development of a novel fibre-optic sensing system that is based on the transmission of microwave-modulated laser pulses. While being more than 10 times cheaper than most DAS systems, the microwave system allows for interrogation distances of hundreds or thousands of kilometres. We show theoretically that different segments of the fibre can have different sensitivities for deformation sensing, largely depending on fibre curvature. Data from a large-scale experiment in Athens support this theory, thereby suggesting that tomographic imaging in remote regions and in the oceans should be possible.

Andreas Fichtner is Associate Professor for Seismology and Wave Physics at ETH Zurich. In January 2010 he received his PhD from the University of Munich for his work on external Full Seismic Waveform Inversion for Structural and Source Parameters. During hisd postdoc at Utrecht University, he worked on the development of resolution analysis and multi-​scale methods for seismic waveform inversion.

His research focus is on seismic tomography and fibre-​optic sensing. To image the deep interior of the Earth, his team develops and applies novel techniques for numerical wave propagation, highly specialised non-​linear optimisation techniques, and methods for uncertainty quantification in large-​scale inverse problems.

In addition to these core areas of expertise, he is working on and publishing in high-​performance computing, medical ultrasound imaging, effective media and metamaterial design, and non-​destructive testing.