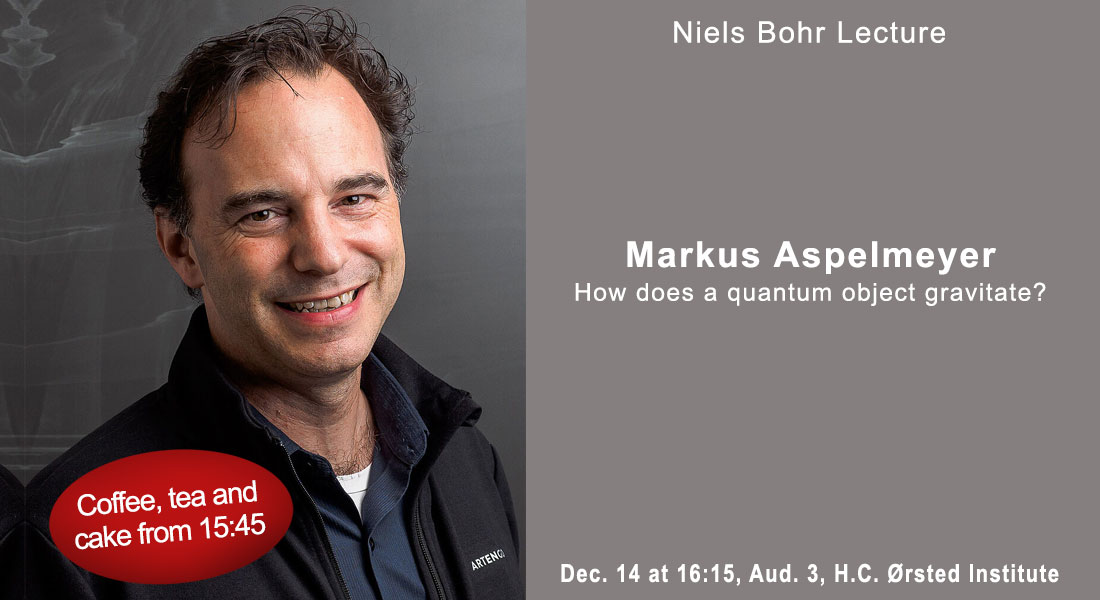 How does a quantum object gravitate?

Abstract: No experiment today provides evidence that gravity requires a quantum description. The growing ability to achieve quantum optical control over massive solid-state objects may change that situation – by enabling experiments that directly probe the phenomenology of quantum states of gravitational source masses.

I will review the current status in the lab and the challenges to be overcome for future experiments.

His research interests are quantum entanglement and quantum optics, and he became Universitätsassistent at the University and then, Junior, later Senior Researcher, at the Institute for Quantum Optics and Quantum Information (IQOQI) of the Austrian Academy of Sciences where he is leading a research team working on quantum effects in micro- and nanomechanical systems.

Together with Garrett Cole, co-founding partner of Crystalline Mirror Solutions (CMS), he received the second prize of the Berthold Leibinger Innovationspreis in 2016 for the development of substrate-transferred crystalline coatings. In December 2019 CMS was acquired by Thorlabs Inc.