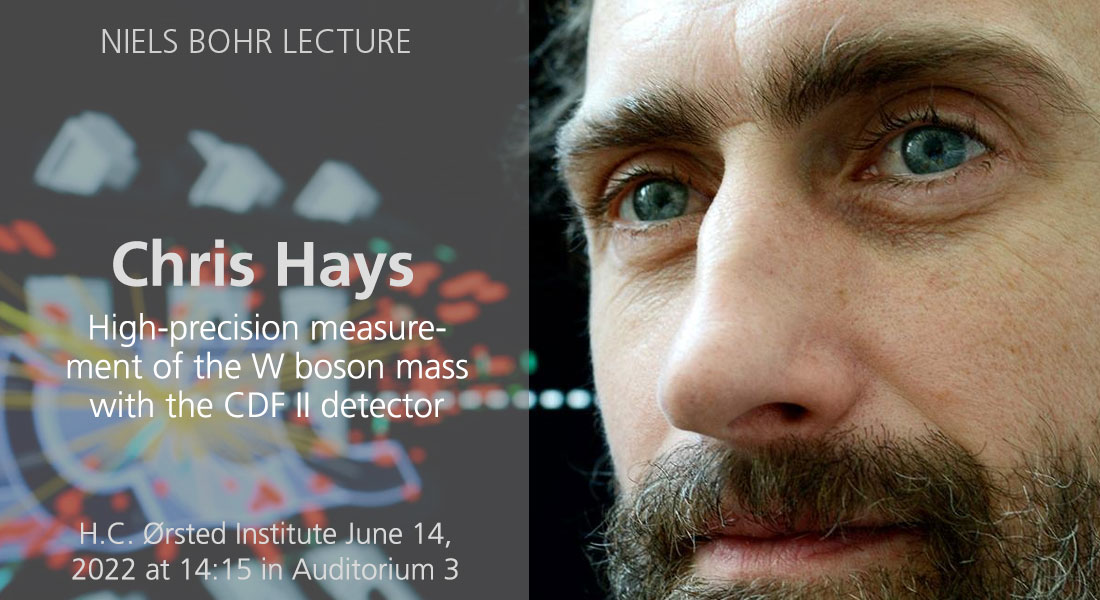 The mass of the W boson, a mediator of the weak force between elementary particles, is tightly constrained by the symmetries of the standard model of particle physics. The Higgs boson was the last missing component of the model. After the observation of the Higgs boson, a measurement of the W boson mass provides a stringent test of the model. We measure the W boson mass using data corresponding to 8.8 inverse femtobarns of integrated luminosity collected in proton-antiproton collisions at a 1.96 TeV center-of-mass energy with the CDF II detector at the Fermilab Tevatron collider.

Chris Hays received his Ph.D. from Columbia University in 2001 with a search for leptoquarks on the D0 experiment using Tevatron Run 1 data.  He moved to the CDF experiment, where he searched for doubly-charged Higgs bosons with the first Run 2 data before embarking on the W mass measurement.

During his time at CDF he convened the tracking group, the very-exotics and exotics physics groups, and the electroweak physics group. He joined ATLAS in 2006 and contributed to WW measurements and the Higgs discovery through its decay to W-boson pairs.

Then he served the ATLAS contact to the LHC Higgs Working Group for the gluon-fusion subgroup and the Higgs properties working group.  With ATLAS he also has performed a measurement of W boson production through the vector-boson fusion process, and contributed to the ATLAS W mass measurement.

Currently he is measuring di-tau production at ATLAS as a test of the B anomalies, and serving as an ECFA working group convener for a future Higgs-Top-EW factory.