In the ice modelling group we use models and data to study ice in the Earth climate system. The work is based on data analysis, computer simulations and theories of ice physics and flow, or combinations. Thesis topics can focus on all scales from ice crystals to ice sheet evolution on a planetary scale. Themes can be within ice flow, internal stratigraphy of ice sheets, snow physics, regional climate models and surface mass balance, ice core records, and more generally on interactions of glaciers with the atmosphere, the ocean and the climate evolution in the past or into the future.

Satellite and in-situ observations of surface elevation and velocity at EGRIP inform of the fast ice stream flow. In connection to the study of the NEGIS ice stream we plan high resolution surface elevation mapping using drone, rover and GPS stakes. We also have developed software (IMGraft) to download satellite data to map the surface velocities, and continuum mechanical flow models to study internal folding and anisotropy in the ice crystals. Master projects in relation to this research can contain a mixture of experimental work on ice stream flow and ice flow modelling.

The Greenland ice sheet is losing mass and is currently the largest contributor to global sea level rise. The important processes are related to the surface mass balance and the calving into the ocean. In this project you will work with regional climate model output to investigate climate and surface mass balance in Greenland. The project is done in collaboration with DMI, see e.g. http://polarportal.dk/en/home/.

Modelling the inception of the glacial cycles in Greenland 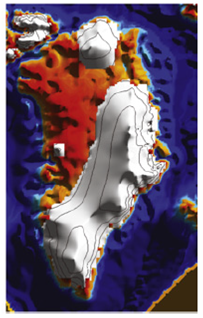 The present-day Greenland ice sheet formed more than 1 million years ago as global climate gradually cooled down and the global climate went into series of glacial cycles. In this project we will use ice sheet simulations to understand the inception and long-term stability of the Greenland ice sheet, which will help predict its future evolution and contribution to sea level rise in a warmer climate. The present and future stability of the Greenland ice sheet can also be targeted in this project. The project is done in collaboration with researchers at GEUS (Anne Solgaard) or DMI.

Figure caption: The Greenland ice sheet would not be able to build up in today’s climate. Instead, an ice sheet would form over the Southeastern mountains and the interior areas would be ice free (Solgaard et al.  2013).

When snow is compressed to ice, crystals are formed with nearly random orientation. As the ice is further compressed and moves down in the ice sheet the ice crystals grow and the crystal orientation is influenced by ice deformation. The aim of this project is to measure the crystal size and orientation with depth. The results can be used to understand and develop anisotopic deformation laws for ice. The Master project is within climate research and has the potential to lead to cutting edge ice core research and will include periods of measurements at the Alfred-Wegener Institute in Bremerhaven, Germany. 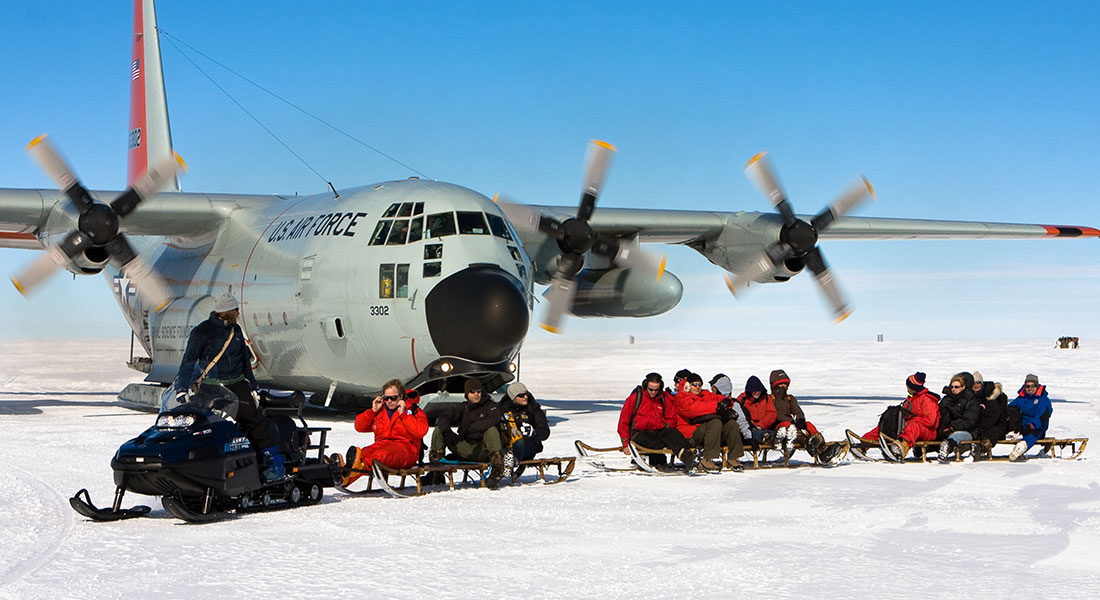