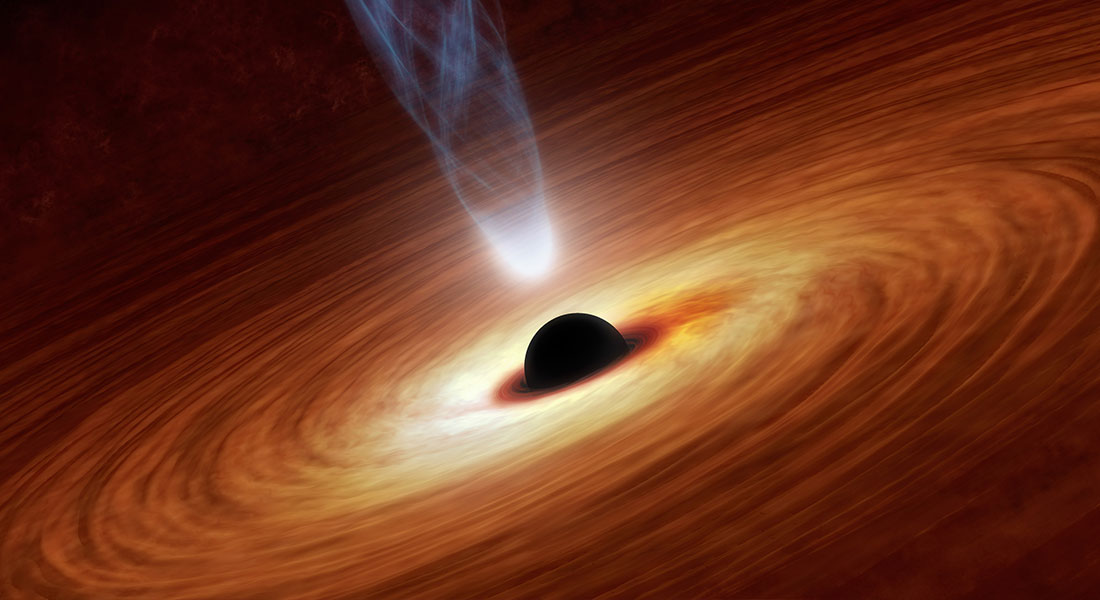 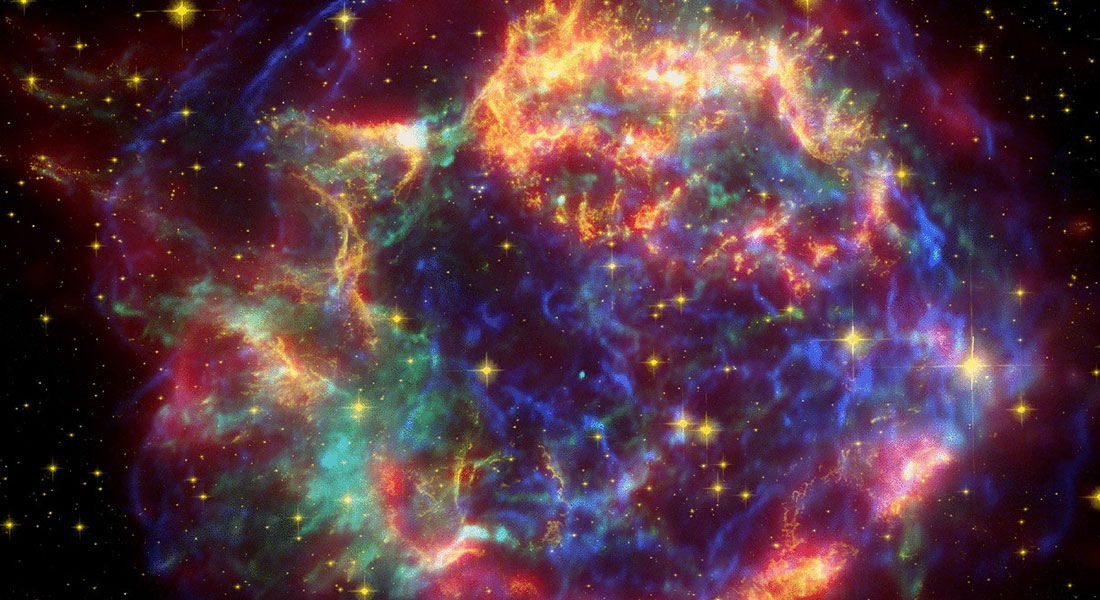 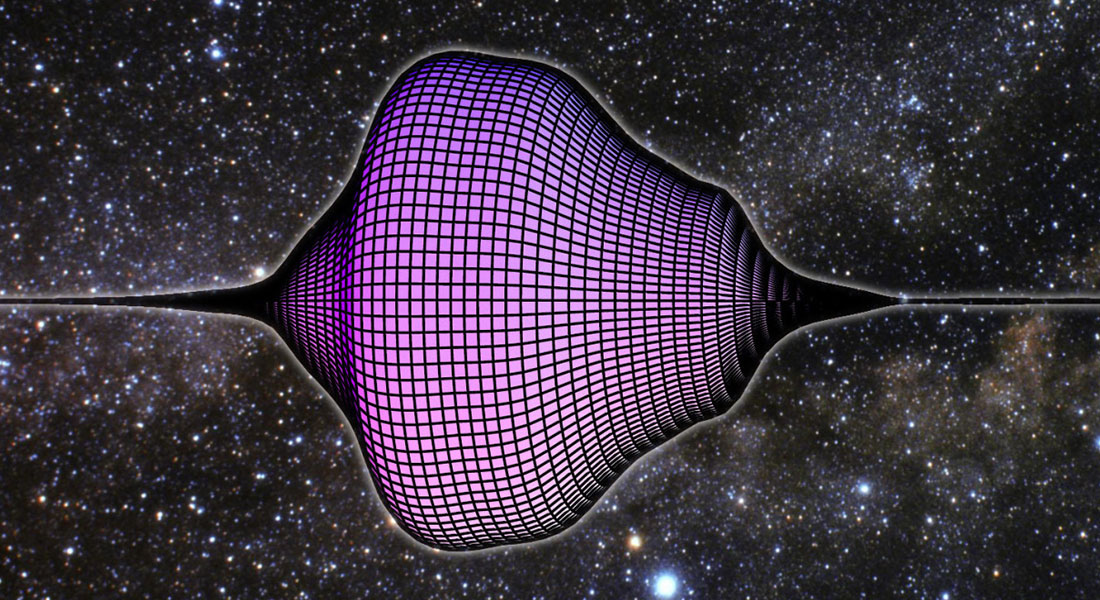 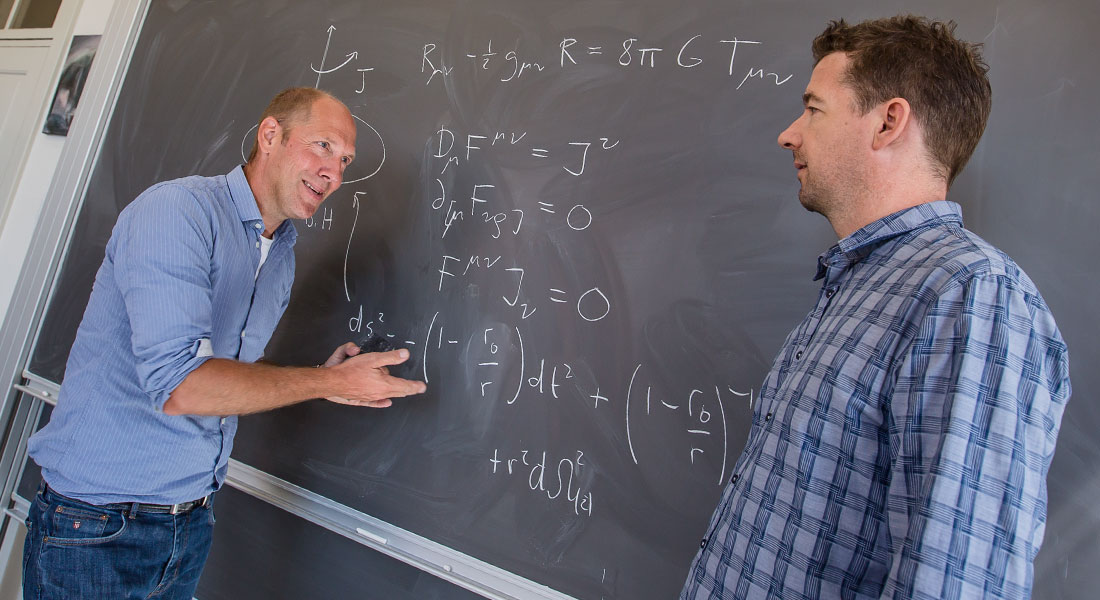 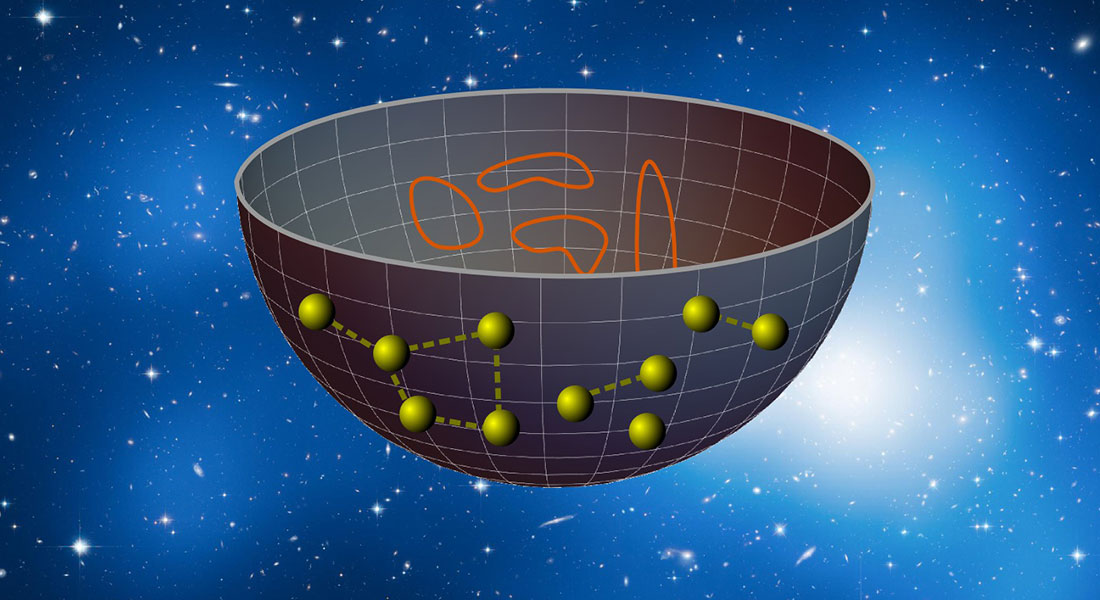 The theoretical particle physics and cosmology group at the Niels Bohr Institute is involved in a wide scope of research activities centered around quantum theories of gauge fields, gravity and astrophysics.

The Theoretical Particle Physics and Cosmology is a large section with a variety of research interests.

We have around 45 members, including permanent faculty, non-permanent faculty, postdocs and PhD students. In addition we have a number of affiliate professors and emeritus professors that contribute to the section as well. We work closely with the Niels Bohr International Academy (NBIA) and the Discovery Center for particle physics.

We have two seminar series HET-seminar and HET-Discovery seminar with 1-2 seminar per week (see these events in the Calendar). In addition we have a seminar series in Astroparticle Physics. We have periodically one or more journal clubs.

We are very focussed on teaching and supervision. We have our own 1-year study track that have attracted many Danish and international master students. Moreover, a large number of master students writes a thesis with us.

The Niels Bohr institute has many M.Sc. and PhD students. The students are closely attached to the research groups and supervisor, and have many social activities for International and Danish students.

If you are interested in studying Particle Physics and Cosmology, consider looking at these pages:

General information about the education, application, living in Denmark etc.

The main themes of our research are:

The theoretical framework of Particle physics is Quantum Field Theory, on which we have several experts. We explore exciting new theoretical techniques in computing scattering amplitudes that aim to revolutionize our understanding of Quantum Field Theory as a framework of particle physics, and possibly replace it with an entirely new formulation. Furthermore, we use these and other methods to study the phenomenology of particle physics for use in predictions for particle accelerators.

Classical gravity (i.e. gravity without quantum effects included) is formulated successfully by Einsteins theory of General Relativity. This theory explains fascinating physical phenomena such as black holes and gravitational waves. We study the powerful new techniques to compute gravitational waves using methods developed for particle physics scattering amplitudes. This is important for future measurements of gravitational waves. We study extensions of General Relativity (e.g. in higher-dimensions, with cosmological constant, and to non-relativistic geometries) and correspondences between gravity and fluid physics. Furthermore, regarding black holes we study theoretical aspects of astrophysical phenomena such as jet-physics and black hole shadows.

In theoretical high-energy physics we consider the most fundamental building blocks of nature. The central goal is to unify the theory of gravity, namely General Relativity, with the theory of particle physics, i.e. Quantum Field Theory. A highly successful modern approach to this is the Holographic Principle as formulated by the AdS/CFT correspondence. This correspondence is formulated in the framework of String Theory and M-theory. We have several experts in our section working on these topics and more. Among the fields of study are quantum gravity, the quantum nature of black holes, and integrable models.

Our research interests lie at the boundary between fundamental physics, astrophysics and cosmology. We focus on weakly interacting particles, such as the Neutrino, cosmic rays and gamma-rays. Those particles are abundantly produced in the most energetic astrophysical events, ranging from supernovas and neutron-star mergers to active galactic nuclei, as well as in the Early Universe. We aim at unveiling the nature of those particles, and at using them as probes of the inner working of a range of astrophysical sources and our Universe.

Cosmology concerns the physics of the largest scales in our universe. This is closely tied to the origin of the universe and thereby also to particle and high-energy physics. In particular, we study the measurements of the Cosmic Microwave background which gives us a picture of how the universe looked shortly after its birth.