One of the fundamental puzzles in cosmology is the nature of Dark Matter (DM) that presently constitutes one quarter of the energy density of the Universe.

Candidate particles for this form of matter include weakly interacting massive particles (WIMPs) that could have been thermally produced in the early Universe. IceCube can probe the existence of these particles by the observation of a flux of neutrinos produced in the annihilation or decay of WIMPs while they cluster in nearby galaxies, the DM halo of the Milky Way, the Sun, or the Earth. In the case of compact objects, like Sun and Earth, neutrinos are the only SM particles that can escape the dense environments and probe the existence of WIMPs. 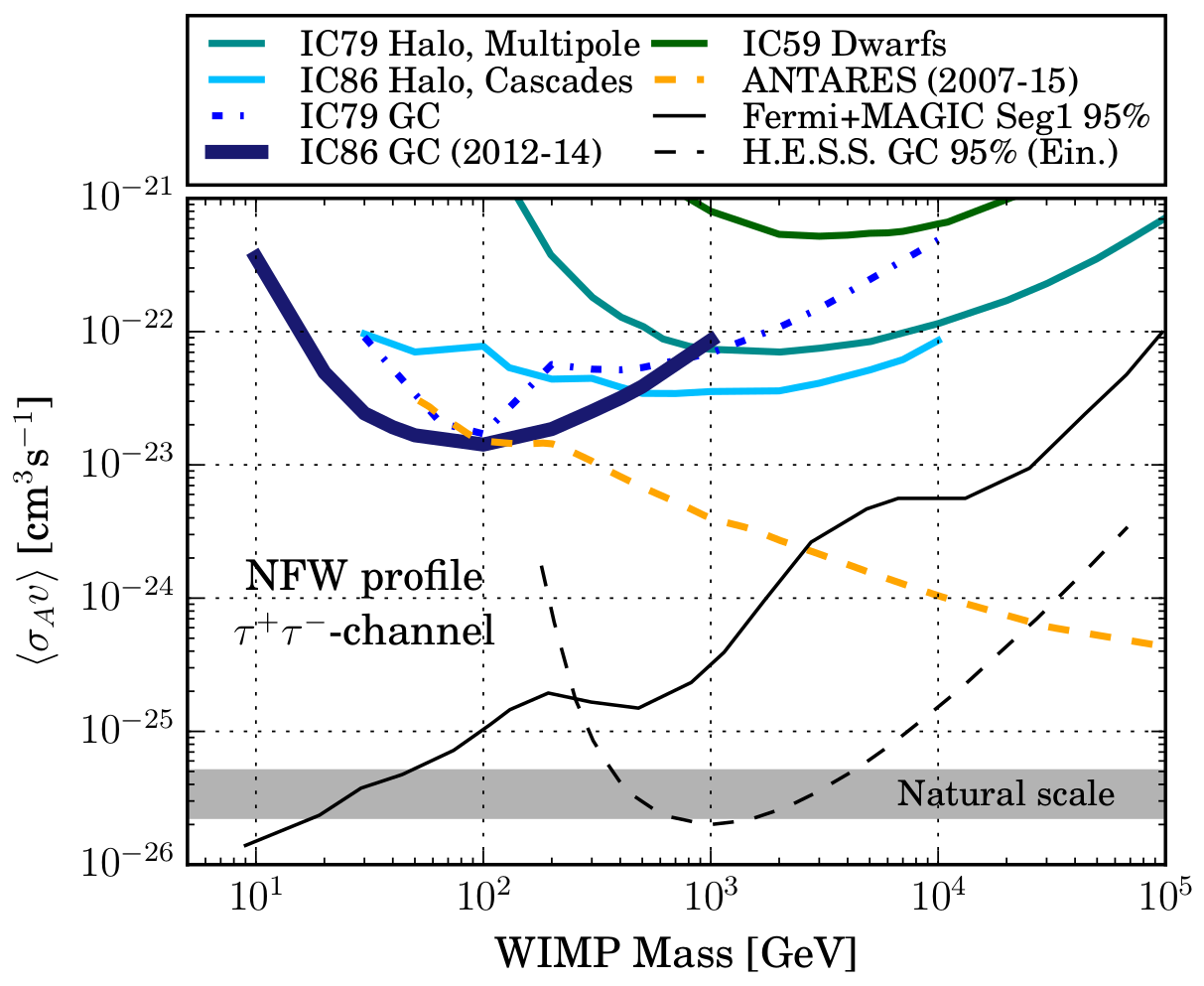 Comparison of upper limits on the mass of WIMP dark matter candidates, assuming that dark matter self-annihilates through τ + τ − to neutrinos. This limit also assumes a certain spatial distribution of dark matter in space, called the NFW profile. This work is compared to other published searches from IceCube and ANTARES. Also shown are upper limits from gamma-ray searches from the dwarf galaxy Segue 1 by FermiLAT+MAGIC and from the galactic center by H.E.S.S. The details of this results are available here.

A search was carried out looking for an excess of neutrinos from the direction of the center of the our Galaxy, in three years of IceCube data collected from 2012-2014. Since no statistically significant excess was observed, constraints can be derived on the thermally averaged annihilation cross section <σ_A v> as a function of the mass of the WIMP particle. Below ~100 GeV, these are the most stringent constraints from a neutrino detector.