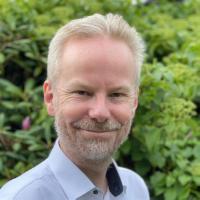 Jes Jørgensen earned his Ph.D. degree from Leiden University in the Netherlands in 2004 and has since worked at Harvard-Smithsonian Center for Astrophysics in Cambridge, USA and Bonn University in Germany before he in 2010 returned to a position as associate professor at the newly founded Centre for Star and Planet Formation at University of Copenhagen.

Jes’ research concerns the processes around the formation of stars and planets. He is in particular interested in the physics and chemistry in the dust gas around stars in the earliest evolutionary stages - and for example try to figure out when protoplanetary disks are formed and what their compositions of water and complex organic molecules are. In his research, Jes utilizes observations at infrared and radio wavelengths with particular emphasis on the new Atacama Large Millimeter Array.