Observing the origin of stars and planets

Using astronomical observations and sophisticated models we study how stars and planets are formed, what physics and chemistry occur during the early evolution of young stars and what the potentially determines whether Earth-like planets with life may be present elsewhere. The research is funded by the European Research Council (ERC). 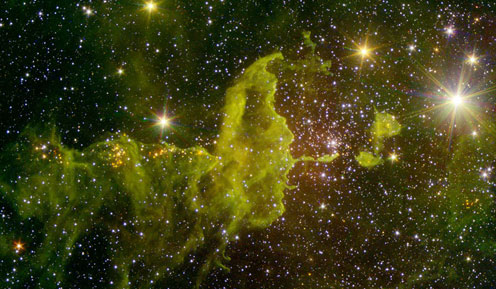 Jes Jørgensen is the leader of the Young Stars group in the Astrophysics and Planetary Science section of the Niels Bohr Institute, University of Copenhagen. Jes' group is funded by the European Research Council (ERC) and forms part of Centre for Star and Planet Formation funded by the Danish National Research Foundation.

Since 2010 Jes has held a position as associate professor at University of Copenhagen, initially at the Natural History Museum of Denmark and later at the Niels Bohr Institute. In October 2013 Jes was tenured.

Jes did his studies at University of Copenhagen where he got his M.Sc. degree in astronomy in 2000. He continued as a Ph.D. student at Leiden Observatory at Leiden University where he defended his Ph.D. thesis "Tracing the Evolution of Low-Mass Protostars" in 2004. Subsequently he was employed as post doctoral fellow at Harvard Smithsonian Center for Astrophysics and staff scientist at Argelander Institute for Astronomy at University of Bonn, before returning to Copenhagen in 2010.

During his career Jes has published 180+ papers in international refereed journals amassing more than 8500 citations. In 2010 he earned a Lundbeck Junior Group Leader Fellowship worth 10 MDKK and in 2015 a Consolidator Grant (2 MEuros) from the European Research Council (ERC). Jes was awarded the Silver Medal of the Royal Danish Academy of Sciences and Letters handed out once a year (alternating between social and natural sciences) to a young researcher for particularly impressive scientific contributions.

Formation of protostars and disks

Our research focuses on the formation and early evolution of young protostars and their protoplanetary disks. It is still unclear how circumstellar disks form around such stars, how they grow in size and how rapidly material is assembled in the disk and/or accreted onto the central star.

Physics and chemistry of young stars

The interplay between the physics and chemistry occurring during star and planet formation is characterised in strong variations in densities and temperatures in the gas and dust assembling to young stars. These variations are strongly reflected in the chemistry of the gas and the icy surfaces of the dust grains and sets the initial conditions for subsequent planet formation.

The regions close to young stars show a rich chemistry with abundant complex organic molecules. Some of these molecules may eventually form the building blocks for life. By observing the composition of this molecular gas and comparing to experiments in laboratories on Earth we can address whether any of these molecules can be carried on to newly formed planets.

Studies of the young stars strongly rely on observations at infrared and submillimeter wavelengths. Cold dust and molecules emit strongly at those long wavelengths. Also, they are the only place where we peek through dusty clouds and observe the formation of the protostars and their disks themselves.

A key facility for understanding the early stages of young stars is the Atacama Large Millimeter/submillimeter Array (ALMA): ALMA is a large interferometer collecting radiation from 66 independent radio telescopes allowing astronomers to zoom-in on young stars and their disks scales corresponding to those of our own Solar System in nearby star forming regions.

The detailed observations offered by, e.g.. ALMA put quantitative constraints on theories for the physical and chemical evolution of protostars. To interpret those observations we utilise sophisticated models to describe in detail how material is assembled in protostars and disks and how molecules are formed and destroyed during this process.

We are involved in a number of ongoing research projects:

The ALMA Protostellar Interferometric Line Survey (PILS) is a project to survey the molecular complexity of protostars through high angular resolution and high sensitive observations with ALMA. The project is led by Jes Jørgensen and has a separate website where you read more about the project and its results.

The ARTIST program was funded with the European Astronet framework by the German, Spanish and Dutch funding agencies led by Jes Jørgensen. The aim of the project was to develop a toolbox for radiative transfer analysis for interpretation of data from submillimeter telescopes. The project is now completed but you can read more about it here.

In the early days of the Submillimeter Array (SMA) we carried out an extensive survey of the IRAS 16293-2422 protostellar binary. A large overview of the survey was published by Jørgensen et al. 2011 and you can download data from the survey here.

We offer a number of projects for M.Sc. and B.Sc. students at University of Copenhagen. If you are interested, feel free to send one of us an E-mail or stop by. Some examples of recent research projects are listed below.

With the advent of ALMA and other large facilities we are building-up large sets of constraints on the structure of young protostellar system. These datasets can be used for example to explore the physics (temperature, density), kinematics (rotation, infall) and chemical composition (gas and ices) toward such sources. However, to obtain quantitative constraints, one needs to couple the observations to detailed dust and line radiative transfer models that we have in the group. In the project, the student will model the structure of a protostellar binary system that we have recently observed with ALMA and which has also previously been observed by, e.g., the Spitzer Space Telescope and Herschel Space Observatory. The aim is to build as complete a picture of this protostellar system as possible - and use these constraints to dissect its physical and chemical structure and evolutionary history by comparison to simulations. In a longer perspective such models could be generalised to make more statistical statements about protostars and will also serve as an important pathfinder for near-future observations with the James Webb Space Telescope.

Example project: How to launch a protostellar outflow

Recent ALMA observations shows how a protostellar outflow is launched from the surface of a protoplanetary disk. These observations place new strong constraints on theoretical models and helps pushing those in new directions. This project will be done as a collaboration between the modelers and observers at StarPlan in trying to take existing simulations of such a protosplanetary disk-outflow system, perform line radiative transfer calculations to generate synthetic observations and compare those to the ALMA data. In this way the aim is to identify the key parameters determining, e.g., the launch speed of the outflow and its extent and also investigate similarities and differences between different physical structures. 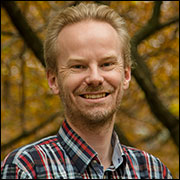 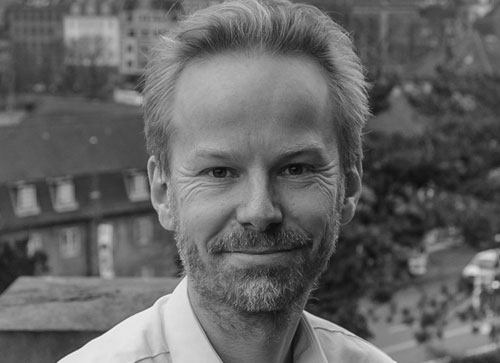