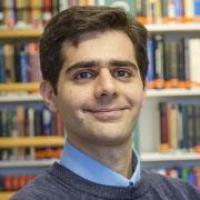 Amin Doostmohammadi holds a prestigious Novo Nordisk Foundation Assistant Professorship at the Niels Bohr International Academy and is the leader of the Active Intelligent Matter Research Group. He also has a cross-appointment as a Specially Appointed Assistant Professor at the Department of Bioengineering in Osaka University, Japan.